Favorite Author: Kathleen Woodiwiss, A Pioneer in Historical Romance, and a Classic Author of Keepers

Her debut novel, THE FLAME AND THE FLOWER, was initially rejected by the hardback publishers as being too long at 600 pages. Strong-willed woman that she was, Woodiwiss did not shorten her novel. Instead, she submitted it to paperback publishers. Avon purchased the novel and laughed all the way to the bank. Published in 1972, THE FLAME AND THE FLOWER sold over 2.3 million copies in its first four years of publication, and is credited with spawning the modern historical romance genre. It was the first romance novel to fling open the bedroom door--the door that has never closed. It’s a wonderful story and anyone who has read it will likely agree.

Her next novels, THE WOLF AND THE DOVE and SHANNA were equally wonderful. In fact, anything she wrote before the mid-1980s garnered 5 stars from me. But beginning in the late 80s, her writing, though still enjoyable, was not quite equal to her earlier works (in my opinion). But you can't argue with the results. There are now more than 36 million copies of her books in print and they are enjoyed by fans of all ages. SHANNA is on my Top 20 list of favorite historical romances.

I love the fact that Woodiwiss met her Air Force officer husband at a dance when she was only sixteen, and they married the following year, on July 20, 1956. They were married until he died. We lost her to cancer at age 68 in 2007, the same year her last book, EVERLASTING, was published.

Woodiwiss is an author to read and re-read. 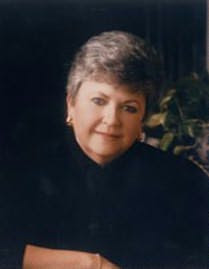