I like my heroes to be alpha males, manly men who know how to take care of themselves (and the heroine, of course). They might appear to be rogues but, in their hearts, they are vulnerable to the woman they would love.

I don’t care if my heroes dress like dandies. I just don’t want them to be dandies.

The heroes in the Georgian romances, the Donet Trilogy, and in my Regency series, the Agents of the Crown, are all alpha males. Same with those bold knights in my Medieval Warriors series.

Want to meet one?

In Echo in the Wind, book 2 in the Donet Trilogy, you'll meet a striking example.

Here’s the way the heroine, Lady Joanna West, initially sees Jean Donet, comte de Saintonge, captain of his own ship, and a former pirate and privateer, now a smuggler:

Suddenly, a man appeared at the doorway staring into the parlor with cold detachment. His dark eyes seemed to be searching for someone. His tanned olive skin was a stark contrast to the pasty white complexions of most of the men in the room. He wore his black hair unpowdered and tied back at his nape. His features were bold: a high forehead, black eyebrows, a straight nose and prominent cheekbones.

He cut a striking figure in a dark blue coat edged in cream silk flowers. At his throat and cuffs was a great mound of lace. Beneath the frock coat, an ivory silk waistcoat, embellished in the nattiest of fashion, shimmered.

She knew instantly he could not be English. Such ornate embroidery and so much lace would never be seen in Westminster where the current fashion for men favored a certain austerity. An Englishman attired like this one would be considered a popinjay. But to Joanna, his brooding dark elegance spoke of an uncommon masculine style.

He strode into the parlor, drawing curious glances from the gentlemen and nervous twitters from the ladies. Passing through the crowd, his searching gaze met Joanna’s for only a moment yet, in that moment, excitement coursed through her veins. His obsidian eyes flashed with an intensity she had not encountered before. When his gaze moved on, she felt a keen disappointment.

His dark brows lifted as he headed for someone he appeared to recognize.

“Who is he?” she asked her brother.

Richard turned from his conversation with Addington to follow the subject of her attention. “Oh. If I am not mistaken, Sister, that is the new comte de Saintonge.”

A French comte. Yes, he quite looked the part.

Addington huffed. “You invited a Heathen Frog to your reception for the Prime Minister?”

“Careful, old boy,” chided Richard. “Pitt speaks well of his travels in France and ’tis rumored the comte was once a pirate. You wouldn’t want him to get wind of your views or he might slit your throat some starless night.” 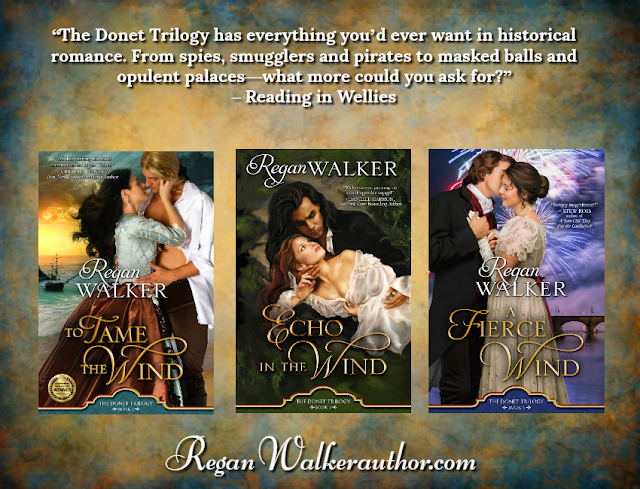 Curious about the criteria for my heroes? Here’s my checklist for writing rogues who make readers sigh:

1. Make him handsome, preferably a bit rugged. A scar wouldn’t go amiss. And make him sexy, the way he walks, his dominating presence as he enters a room, the way he looks around like he owns the place.

2. Give him an edge. Could be bitterness from his past, an attitude from being wronged by a woman, a temper, or a confidence from having proven himself in a test. A touch of the dangerous. A smirk that says the world—and the woman he wants—are his.

3. Make him manly, athletic or at least able to handle himself in a fight. A few weapons on his person, a knife in a boot, a pistol hidden from view, make him seem lethal. Even better if, added to that, he’s respected by other men.

4. Make him arrogant (at first). He knows what he wants and lacks no confidence that he can get it. No beta males need apply.

5. Give him a soft underbelly, love for an animal (his horse?), or perhaps a soft heart for a kid. An orphan is even better. And, of course, eventually he must have a weakness for the heroine (which, all things considered, will bother him the most).

6. Give him an obstacle to overcome, a title to regain, a mystery to solve or a dangerous mission. Make it important.

7. Make him slow to see that he needs a good woman in his life. He must come to the knowledge he can’t live without the heroine, but not too quickly, lest we think he’s a pushover. The bigger the rogue, the harder he’ll fall.

8. Make him reluctant to admit he is wrong (he’s a guy, after all).

9. Tell us how wonderful he is but only through the eyes of others.

See The Donet Trilogy, the Agents of the Crown and the Medieval Warriors on my website.

And The Donet Trilogy on Amazon.