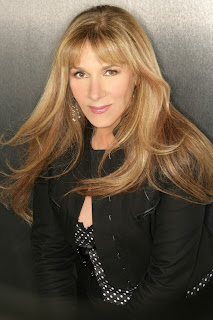 My guest today is New York Times bestselling author Heather Graham, also known to lovers of historical romance as Shannon Drake. A prolific author, she has published over fifty wonderful historical romances and you’ll see them on all my best lists. Among my favorites is the six-book Cameron Saga, comprised of two trilogies, the North American Woman trilogy and the Civil War trilogy.

I asked Heather to tell us something about the history behind her novels and why she wrote so many about the Civil War. I’m honored she accepted!

Heather has graciously agreed to give away One Wore Blue to three lucky commenters, so do leave a thought and your email if not connected to your commenting account.

On Writing and History by Heather Graham

Thanks for having me on your blog, Regan! And thanks for the great reviews of my historical romances. Now on to history…

Everyone has his or her own way of doing things—none of them right and none of them wrong. I’m one of those people who love to see things and do things and make use of them—almost everything I’ve ever written has to do with a personal experience. No, I’ve never joined a vampire cult or spoken long with a ghost, but as far as history goes, I really love learning about it and being there whenever I can. We can never really roll back a clock, but we can often tread the same steps those before us used when involved in momentous events that changed our world.

I think in all I’ve done about twelve books (more, if we count ghosts!) that have to do with the Civil War. This came about because I have five children. Well, before that, it came about because I married Dennis. While my mom was born in Ireland and my dad was from Stirling, Scotland, Dennis’s family is Italian. They settled in Worcester, Massachusetts, and Dennis and I both grew up in Miami. But he has a great, wonderful, loving—and prolific—family. So, when the kids were little, every year we went up and down I-95, passing through Florida, Georgia, the Carolinas, Virginia, Maryland, Delaware, New Jersey, New York and Connecticut. Virginia is about midway and so we stopped there most frequently.

Now, when you have a family of seven, you’re often looking for things to do that won’t end your travels in a day. And so we wound up going to battle re-enactments, campsites, and museums. Those museums and sites led to other museums and sites and I think my real passion and absolute intrigue for the era was born at Gettysburg where I read about a real family, a father who owned a farm at Gettysburg and his two sons. One fought for the Union; one for the Confederacy. And the Rebel son was at the battle of Gettysburg where he died on his father’s land and his father found his wayward child, riddled with bullets and shells. (This gave birth to One Wore Blue, One Wore Gray, and And One Rode West!)

It’s simply a heartbreaking time in our history. All the players were praying to the same God—all of them believed they were just. Slavery wasn’t the only issue, but it was certainly the major issue, and, of course, now we all find the very idea an abomination against humanity. But think about today—think about the way we sometimes feel about the issues in our own era—gun control, American involvement in foreign wars—we’re all just as passionate and stubborn and often divided by regions within our own country.  History not only gives us real conflict, pain, and suffering, it introduces to us to real characters, not good or evil, just human. And when we tell our stories, we can draw upon what’s real to remember that the world isn’t white or black but has a million different shades.

I recently retread a lot of steps. A dear friend from Australia who is suffering from ALS was in the states and he had never been to Biloxi or Vicksburg. So after our latest Horror Writers Association (HWA) in New Orleans, we ‘saddled up’ and headed first to Beauvoir where President Jefferson Davis spent his last days (he actually died in New Orleans) and then on to Vicksburg. We stopped, too, at Rosemont—where Jefferson Davis grew up. Rosemont isn’t visited as much. We were the only ones there. Our wonderful guide opened the velvet cords to the rooms and I imagined what it was like to be a child and then a teenager during the pre-Civil War days. I saw the things they saw in those days—touched some of the things they used. Old buildings remained; in the sweltering summer heat, I could even try to imagine what it had been like to be a slave.

But we can’t always travel—and, except in our imaginations, we can’t travel back in time. (I’ve tried calling Dr. Who—it hasn’t worked!) That’s where the visions in our minds come in. And today there’s a wealth of material available on line as well as in bookstores and libraries.

I draw on them all.

History is everywhere. I’ve also used Ireland and Scotland at times—that was the history I learned from my parents growing up. I’ve been to both old homelands, but before I went, I felt I’d been there—I’d read so many of my parents’ books.

If you’re looking for something to stir you, history is everywhere. Hey, we’re not known for being a font of history in Miami, but it is here, too. Take a day to explore what’s nearest to you! You’ll always be rewarded. And you never know. A friend irritated me one day by saying that Florida had no history and I wound up with a six book series to prove her wrong. [Regan’s note: It starts with Runaway and it’s a keeper!]
It’s all around us—we just have to find it and use it. But it’s not dates and times that matter—it’s people. In history and in our present lives, it’s people who really matter. When people come to life on a page, everything that happens to them becomes important to a reader. 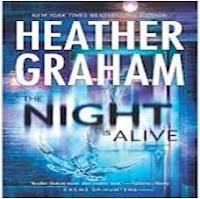 I’m best known these days for my “Krewe of Hunter” series. They are contemporary books, but the ‘Krewe’ have the ability to speak with the dead. While crimes are committed by the living, the books are based on the ability of the Krewe to communicate with those who came before—and often know why the living are doing what they’re doing. Out this month is The Night is Alive, part of the summer Krewe series that started with The Night is Watching and will be followed September 30th with The Night is Forever. In The Night is Alive, a brand new agent is beset with a series of murders that have to do with her family business, a pirate-themed restaurant in Savannah, Georgia, with a history of piracy in the early days of our country.

The best I’ve ever seen is a quote by the philosopher George Santayana. On our first trip to Germany we wound up heading to see the concentration camp at Dachau. I was surprised that they retained the camps where so much horror and tragedy and death had occurred. But there was Santayana’s statement about the gate: “Those who cannot remember the past are condemned to repeat it.”

I rest my case!