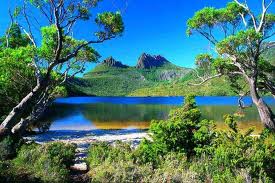 OK, so it’s August and you’re home and you’re bored. Maybe the kids are in summer camp or going back to school. You want an adventure, an around the world trip, or perhaps an ocean voyage--but without leaving your living room. And you want a good love story. But you’re tired of those set mostly in England, Scotland, Ireland and America? Well, I have just the list for you!

My mother taught me to read when I was four, and told me I could travel the world through books. She was right. And were she still alive, she would love this list I’ve created just for you daydreamers out there who long to travel…historical romances by some great authors set in exotic locales. Though some might begin (or end) in England or America, they will quickly take you to another time and another place!

Across a Moonlit Sea, The Iron Rose and The Following Sea, the Pirate Wolf trilogy by Marsha Canham (the Atlantic Ocean, the Caribbean and the Spanish Main)
Beyond Sunrise by Candice Proctor (the South Pacific, Polynesian islands)
Broken Wing by Judith James (France, North Africa and the Mediterranean)
Devil’s Embrace and Devil’s Daughter by Catherine Coulter (Italy and the Mediterranean)
Fields of the Sun by Nadine Crenshaw (Morocco, the Atlantic Ocean and Brazil)
Forever and a Lifetime by Jennifer Horsman (Switzerland)
Hearts Beguiled by Penelope Williamson (France)
Night in Eden by Candice Proctor (Australia)
Night Shadow by Laura Renken (the Caribbean and the Spanish Main)
No Gentle Love by Rebecca Brandewyne (Ireland, France, Africa, India and China)
September Moon by Candice Proctor (Australian outback)
Splendor by Brenda Joyce (Russia)
The Book of Seven Delights by Betina Krahn (Morocco)
The Book of True Desires by Betina Krahn (Cuba and Mexico)
The Captain of All Pleasures by Kresley Cole (Great Circle Race from England to Australia) and the sequel, The Price of Pleasure (Oceania and Cape Town, South Africa)
The Captive by Victoria Holt (the Middle East)
The Duke of Shadows by Meredith Duran (India)
The Forbidden Rose by Joanna Bourne (France)
The Golden Barbarian by Iris Johansen (Balkans and Sedikhan, a mythical desert country)
The Hidden Heart by Laura Kinsale (South America, Tahiti and the Pacific)
The India Fan by Victoria Holt (India)
The Jacaranda Tree by Rebecca Brandewyne (Australia)
The Lily and the Falcon by Jannine Corte-Petska (Renaissance Italy)
The Lion's Daughter by Loretta Chase (Albania)
The Spanish Rose by Shirlee Busbee (Jamaica, the Caribbean)
The Storm and the Splendor by Jennifer Blake (Algiers)
The Wind and the Sea by Marsha Canham (North Africa, the High Seas)
The Wind Dancer by Iris Johansen (Italy) and the sequel, Storm Winds (France)
Till Dawn Tames the Night by Meagan McKinney (the high seas and the Caribbean)
Under Gypsy Skies by Kathryn Kramer (Spain)
Whispers of Heaven by Candice Proctor (Tasmania)

For more romances featuring love on the high seas (including pirates and privateers) and Vikings, see those specific “best” lists. The links are on the right side of my blog.
Posted by Regan Walker at 2:00 PM