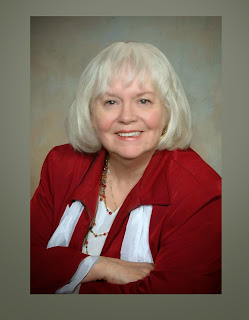 I am so pleased to have with me today Lynn Sanders, the gifted cover artist who, with her partner Cherif Fortin, has produced commercial art and photography for clients around the world.

Lynn is an award-winning photographer who began her career as a photo retouch artist and hand-colorist of black and white prints.

In an effort to create the feeling she admired in the work of the old world masters, Lynn pioneered an innovative mixed media technique drawing from an ancient oil-glazing process once used to augment religious iconography. Her efforts resulted in a unique procedure whereby she applied layer upon layer of oil and lacquer to a photograph, creating a work highly luminous and suggestive of the style seen in masterpieces of the Pre-Raphaelite Brotherhood during the late 1800's.

Lynn has three adult children, three grandchildren and one great-grandchild, and lives in northern Illinois.

Not surprisingly, Lynn's art has graced the covers of many romance novels--including one of my own,  my new medieval romance, The Red Wolf’s Prize. And you might note that Cherif is the Red Wolf!


When did you first begin working with Cherif? How did it happen?
My family and I attended the Schaumburg Medieval Times dinner show back in 1993. Cherif was champion knight that evening for our section. The show was great, all the knights were wonderful. I thought I would be polite and go up to our knight (Cherif) and thank him for the wonderful show.

Being a professional photographer for many years I have worked with many models and good-looking people, but I was taken aback at just how beautiful he was. Green eyes, beautiful mouth. Good teeth, a mane of hair that framed a perfectly symmetrical face. (Sounds like I was checking out a racehorse, I know).

I asked if he needed modeling comp pictures. He was receptive and very easy to talk to. We hit it off right away. I gave him my card and left with my group. I really didn’t expect to hear from him, but two weeks later he called the studio and made an appointment. We did a shoot of about 50 images.

I couldn’t take a bad picture of him. He won every photographic competition I entered him in. As time went on, and other people and agencies wanted him to do work for them, he realized being the classic male model was not the direction he wanted to go.

An image that was taken a few weeks later confirmed my thought that we could get his face on the covers of romance novels. He was easy to direct.

We were trying for more dramatic poses.  I placed him by a window and he had a sword his hand down on one knee wounded. We had dribbled some fake blood from one lip and he was in place for the dying scene. His head was down and I said “Cherif give me pain in your eyes.” He and I laughed because that is one of the cheesy lines a lot of directors use. I watched him tighten in the shoulders his hand formed in a fist. He slowly lifted his head and looked right into the camera. His jaw clenched, his eyes glistened and a vein popped up in his forehead.

That image led to our writing Passion’s Blood, a book that grew out of the images, rather than the other way around.

Regan: The cover is gorgeous, Lynn.

So that my followers can see the other images, I've also included your video trailer below, which is also amazing.

Both of you are photographers, illustrators and writers…that’s amazing to me. How do your skills complement each other?

Based on one of Cherif’s doodles, I knew he was artistic. I was running a photographic background business at the time in addition to the studio. I created huge backdrops for the photographic community. I needed help with that business or I was going to close it down. I told him that I would offer him a partnership if he was up to hard work and travel to the conventions. He took to it like a duck to water. I was the background lady and he was to join the company. He can paint the prettiest roses you ever did see.

The photography was just natural for him. I taught him some of the old posing techniques that have been somewhat lost in today’s candid society. When we do the final paintings he’s more precise than I am. I have a little more abstract side. We work off each other’s eye. It makes for a good combination.

The writing just evolved. He is a very strong writer. We used to write on the airplane when we were traveling to the photographic conventions.  I would write a page the he would pick up story and do a page. I loved romance and mush and he like blood and gore. He would invariably kill off my hero in his pages and I had to think of a way to bring him back.

What are your favorite projects—what gives you the greatest satisfaction? 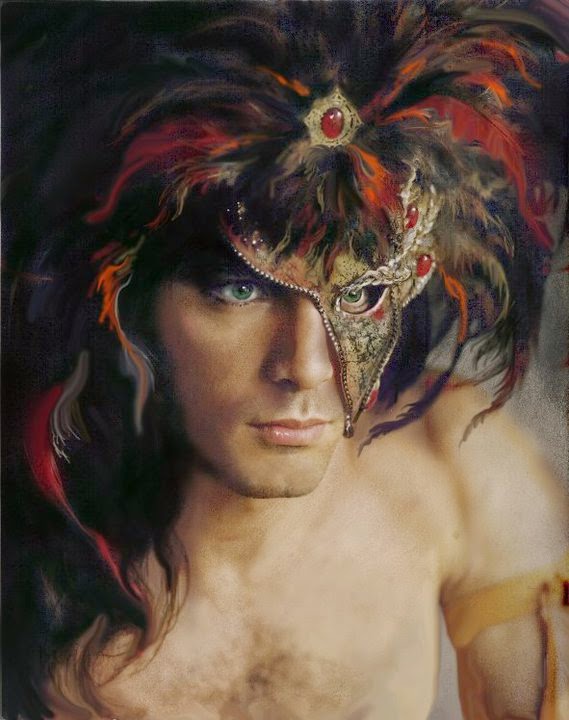 I have loved doing the covers for other authors. We did several for Virginia Henley, including A Year and a Day and A Woman of Passion.


Working with Heather Graham on There be Dragons was especially fun. 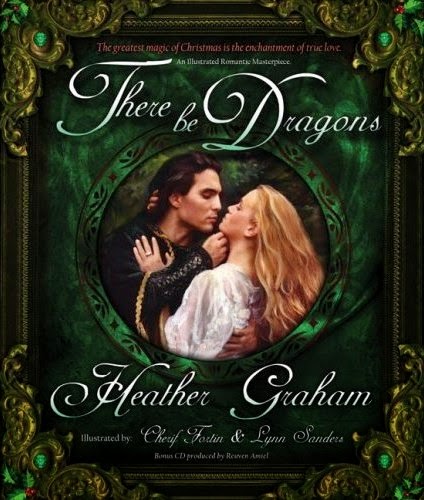 I know that when you and I were working together, Lynn, you were very patient with my many requests for changes. What’s the hardest thing about “getting it right”?


Probably getting in sync with the author’s vision. The period, expression, whether it’s to be a series or not. There are many ways to tackle a problem. It sometime clicks right away and other times it takes some re-tries. Stock photography is an image that is pretty much what you see is what you get. That is the least expensive way to go for an author. Then we go into light custom up to major changes.  A commissioned image is most expensive
because everything is custom. Costumes must be rented, the models employed, locations to be traveled to, etc.

How has your work changed over time? How do you see it changing in future?

I think we have gotten better. Practice makes perfect you know. If you want to get good just keep at it.
Digital photography and the computer has changed everything. It has speeded up things. We sometimes don’t even hand paint the images now. It’s kind of a shame not to have the oil for the wall. Some things are less expensive since you don’t have to print hard copy. eBooks are a whole new world.

At the end of the day you can pour your heart out and write the greatest novel, or create the most beautiful piece of art, but if you don’t promote and market it to the world at large it’s no more or less than a piece of insignificant dust, lazily floating on a warm late afternoon ray of light, blissfully unaware that it is escaping from a dying sun.

What are you working on now?

A novel titled Fall From Grace. It’s illustrated of course. Cherif plays Sir James Drake Glenmore, 12th Duke of Berwickshire, an artist who gets caught up in a murder and fathers, unknown to him, a pair of twin boys that were raised in the states. Chase is a rock star and Mitchell his manager. There’s a shooting, and a desperate race to save a life.  I am presently shopping the novel, which begins in England then moves to the US.


I also have a collection of illustrated children’s books that will be coming soon.

The holidays are upon us…what do you look forward to the most?

Getting together with family. On Thanksgiving I’ll be with my daughter and two sons. Sometime over the weekend, I’ll visit with Cherif and his family. He has two girls and a boy (who, though small in the photo below, has grown up to look like his handsome father).


I do hope you and Cherif and your families have a wonderful holiday season, Lynn. Thanks so much for being my guest and sharing your work with us!

For those of you who want to keep up with Lynn, you can see her on Facebook.