Favorite Author of Irish Historicals and My Guest Today...Kim Cates on The Penal Laws of Ireland 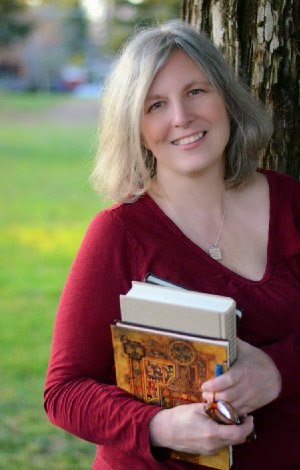 When Kim was in third grade she informed her teacher she didn't need to know her times tables because she was going to be a famous author when she grew up. She hasn't stopped writing since, and aren’t we glad? Her Irish historical romances captured me and I have since read and reviewed many of them.

As Kimberly Cates, with Irish heroines, but not set in Ireland:

Kim will be bringing her backlist to eBooks but meanwhile, I've linked the books to their current sources on Amazon. Crown of Mist is in eBook format already!

Her most recent release from St. Martin's is The Queen's Dwarf, a Chase novel. Crown of Mist, which opens at the siege of Drogheda and Gather the Stars, set in Scotland after Culloden Moor, are available as e-Books.

Kim has graciously agreed to give one lucky commenter a copy of Crown of Mist…a great story…so do leave a comment and make sure I have your email.

Today, Kim is bringing us a fascinating post on the Penal Laws England inflicted on Ireland.

A Perilous Lesson:  Ireland and the Penal Laws by Kimberly Cates

Ireland-- land of mystery, magic, fairies and legends where heroes and harpers, poets and warriors became immortal, and the royal hill of Tara still whispers of greatness. During the Dark Ages, while all the rest of Europe was swept into chaos, saints and scholars on this small island buffeted by the Atlantic preserved the knowledge of mankind. But the time would come when Ireland's enemies would attempt to systematically extinguish the light of the native Irish for all time. The weapon: a roll of repressive laws against anyone who would not submit to England's State Religion. The result was hardly what Ireland's conquerors expected.
Rebellion. Resistance. And an often-bloody battle of wills that would stretch from the seventeenth century into the twentieth.
It began with laws barring Catholics from serving in parliament but the laws became more and more repressive through the years. Imagine yourself in this position.
What would you do if you awakened one day to discover it was against the law to educate your children? You could no longer own a horse worth more than five pounds. Professions were forbidden to you-- you could not be a doctor or lawyer. What if law banned you from living within five miles of a walled city? As for the religion you believed in—your services were outlawed. Suddenly, you had to worship somewhere hidden in the fields, with a stone as your altar. Your priests were hunted down for saying mass. If captured by professional priest hunters, the holy men would be sent to Barbados to work on the sugar plantations. If the priest returned to Ireland, on his second "offense" he would be condemned to death.
What if it was suddenly against the law to speak your own language? You were forbidden to play your own music on the instruments that had sung to your Celtic ancestors since the time of the druids. You could no longer own weapons, could not join the army or work in trade. If your child was orphaned, the guardianship must go to a Protestant, unless a ruinous fine was paid.
These laws, known as the Penal Laws, were made in the decades following 1695. Their purpose:  to totally subjugate the native Irish, to make them ignorant, impoverished, strip them of land and power and their very voices.
I discovered these laws when I was researching my first Historical Romance. I was stunned. But the laws explained a lot. I thought of generations of Irish rebels stretching even into the twentieth century, and I realized that, with these repressive laws, the English conquerors had sewn the seeds that would breed disaster. The Irish had two choices in the face of such oppression. They would have to surrender their identity, their faith, the education of their families, or they would have to become skilled at breaking English law so that they could preserve their heritage, their religion and their pride

Denied education in traditional schoolhouses, they formed what they called Hedge Schools, where contraband teachers gathered groups of scholars in hidden glens. When in danger of being discovered, the scholars would scatter, carrying their books with them. Priests were hidden in secret rooms called Priest Holes, and married, baptized, and held confession in meadows and near streams. People spoke Gaelic and taught it to their children in secret. They passed down the Bardic traditions, memorizing the poetry, legends and history that stretched back to when the Celts first set foot on Irish soil.
One could argue that repressive laws plagued Catholics in England as well during the same time. The difference is that in England they weren't the largest segment of the population and regarded as sub-human. The destruction of Ireland was deliberate—to the point of allowing the population to starve when the Great Hunger struck in 1847 during the reign of Queen Victoria.
It was true that the potato crop failed—the crop that the Irish tenant farmers subsisted on. What is seldom known is that, while the Irish starved, ships full of Irish grain and cattle the Irish tenants used to pay their rents were leaving Irish ports for England. The Irish people, who died with green mouths from eating grass could have been saved had they been allowed to eat the food they produced.
Perhaps it is true that throughout history, colonies have been treated badly by those who ruled them. England—forever under threat by the Spanish and French—doubtless feared that Ireland would provide a launching place for the invasion forces they feared. History may be woven of facts and dates and battles and we, who study it, are able to look back with twenty-twenty vision and criticize or praise whichever side we might relate to most. It is all a matter of perspective—who is right, who is wrong. Victors or victims.
Yet, when last I travelled to Ireland, I had to smile. Irish Gaelic—almost a dead language—has experienced a rebirth. Ireland's iconic white road signs list towns in Gaelic first, English in smaller print, below. The poems and histories and legends have been preserved, the sense of being Irish a triumph of spirit.
The laws enacted to crush the Irish made them even more tenacious to preserve the mystery and magic woven in the mists that swirl across hills that are forty different shades of green.
I have returned to an Irish setting time and again, when writing historical romances—never tiring of Irish raiders and rebels, castles and courage as heroes and heroines fight to reclaim what is their own. Their battle has been a long one. Interestingly enough, the last of the Penal Laws wasn’t obliterated until 1920. But the magic, the poetry, the legends and the stories Ireland has to tell will never end.

Regan’s note: Thank you so much, Kim, for bringing this poignant story from Ireland’s history to us. For those, like me, of Irish descent (and also Scottish), whose ancestors came to America for a better life, it is a privilege to recall what the Irish have contributed—and still contribute—to civilization. Your books bring this struggle of the Irish to life and all in wonderful historical romances!

Two years ago, while getting a background check, Kim discovered she has no fingerprints. Amazing! She is considering a second career as an international woman of mystery. Until then, you can find her at her website:  www.ellamarchchase.com