The Classics List: How We Got to Where We Are Today: Modern Historical Romance Over the Last Several Decades, or A Recommended Reading List for the Uninitiated 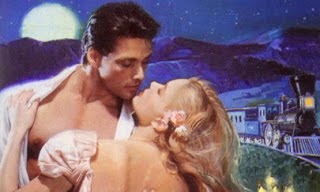 I’m not going as far back as Ivanhoe or Jane Eyre. I’m not even reaching back to the seminal novels of Georgette Heyer in the early 20th century. Except for three novels of note in earlier decades, I’m starting in the 1970s when the bedroom door was flung open never to close again. And while I may not have included your favorite author, by reading the romances on this list, you’ll have a good idea of our beginnings and what so many wonderful authors have done for the genre. Think of it as an education in modern historical romance.

So, here’s the list of the historical romances I recommend you read. Each has something to show you. Some may require you to shop online for a used book though many are available as eBooks. Some that are out of print can be downloaded online. I’m not saying they will all be your favorites, or that they are all mine, and I know that some readers will think I left off one I should have included. This is just a sampling meant to give you a picture of how the genre has developed. Most are novels I’ve rated 5 stars, so I promise you won’t be bored.

Included because of their significance…