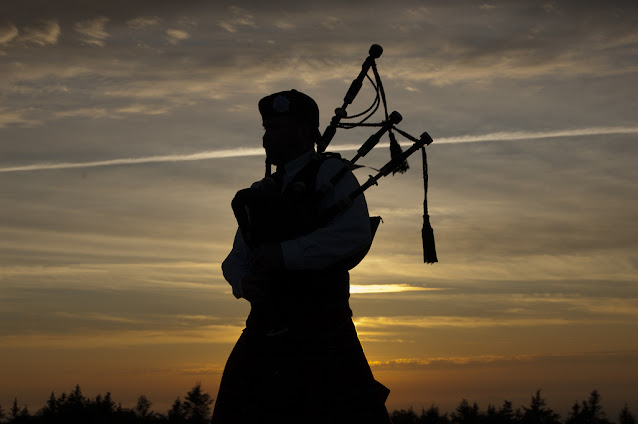 As long as it’s Scottish/Highlander month on my blog, I’d best say a word about the pipes that play the music that has become the mournful soul of Scotland, particularly the Highlands. Most people assume bagpipes originated in Scotland, but in fact the Romans introduced them to the Scots.

The early Romans used them as outdoor instruments during the building of roads or gathering of the harvest. Pipers would march through the village to announce the beginning of the workday. They also used them during religious ceremonies for the sacrifices to the gods and for funerals.

Early Roman soldiers, and later the Scots, used the bagpipe as an instrument of war to rouse the men, and they are still viewed that way by some today. The resonating sound of the pipes can be heard up to ten miles away so they were an effective call to arms. Unfortunately, after the Battle of Culloden in 1745, the English saw them as such and outlawed their use. Their haunting music was not heard for many years. But something so much a part of the Scottish culture could not be denied forever.

Bagpipes are musical instruments classified as aerophones, or reed instruments that utilize an air reservoir. The reservoir allows an uninterrupted stream of air to be directed through the reeds. The bagpipe arose from the desire to make reed instruments easier to play, especially for lengthy spells. An early version of the bagpipes was constructed using animal skin. The hollow leg bones of small animals were attached to the instrument with holes drilled into them. These holes gave the player the ability to play various pitches and tones.

While there several theories about the first bagpipes, many scholars believe they originated somewhere in the in the Middle East before the time of Christ, in Mesopotamia, Sumeria, or perhaps even India or Persia, in the form of a crude instrument comprised of reeds stuck into a goatskin bag.

Various forms of bagpipes appear in ancient records in many parts of the western world, including a reference from 425 BC in the play The Acharnians by the Greek playwright Aristophanes.

The Oxford History of Music claims that a sculpture of bagpipes was found on a Hittite slab at Eyuk in the Middle East, dated to 1000 B.C.

While there is strong evidence that the Romans and Greeks had early versions of bagpipes, the exact form isn’t well documented. The instruments themselves were made entirely or almost entirely of organic materials (wood, bones and skins) and not durable in the long-term. They tended to be instruments of the "common" people, and were likely used outdoors and without concern for their preservation.
Regardless, the Romans are credited by most for bringing the bagpipes to Scotland and other parts of the world. When the Victorians became enamored with all things Scottish, even the English Queen Victoria took up the music with her own piper. She established the position of Royal Piper in 1843 after visiting the Marquess of Breadalbane at Taymouth Castle to discover the Marquess had his own piper.

Personally, I love the sound of the pipes and the Highland dress that usually accompanies their playing is a beautiful sight. To me, the pipes are the music of Scotland’s soul.

My Scottish historical romance, Rebel Warrior, will sweep you away to the Scotland of old and to the royal court of Malcolm Canmore, King of Scots. 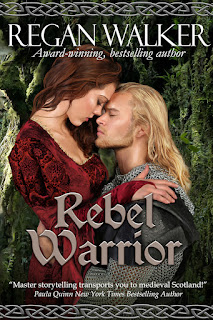 “Regan's stories are always impeccably researched, and this comes across in her writing. From the vast and colourful royal banqueting hall to the barren and Northman ravaged countryside, it's all so well described that you can picture it vividly.”

Available on Amazon: US: Amazon and UK: Amazon

Email ThisBlogThis!Share to TwitterShare to FacebookShare to Pinterest
Labels: Bagpipes, Sharing Secrets, the Soul of Scotland