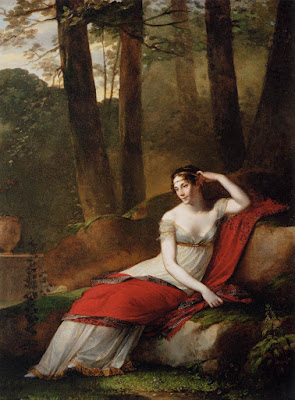 Her principal source for roses was the Lee & Kennedy Vineyard Nursery in London. But Josephine wanted every rose known in the world. In 1804, by way of Lewis Kennedy, she was in proud possession of the new Chinese roses: Slater's Crimson China, Parson's Pink and Hume's Blush Tea Scented China. These roses were recent imports to England from China, and it was a coup for the Empress (and for France) to have them growing at Malmaison. They became known as “stud roses”, potent parents of the modern ever blooming rose cultivars.

The fact that France was at war with England did not stop her from looking at the enemy’s roses. At the height of the war in the early 1800's, Napoleon sent money to England to pay for his wife's rose plant bills. And the British Admiralty allowed ships to pass through its naval blockade to deliver those roses to Malmaison. War could wait while the rose deliveries continued. She even obtained a passport of a London nurseryman to travel back and forth with her new plants.


During the period 1805-1810, she collected 260 roses for her gardens. But she did more than plant a beautiful rose garden. She influenced the growing of roses. The roses at that time bloomed once a season, and their blossoms faded quickly once a flower was cut. By systematically hybridizing the western rose with varieties from China, where the rose first developed, Josephine re-structured the way roses developed their petals. The result was a rose that blossomed several times a season, and looked splendid in a vase in the parlor for days.

Josephine elevated the stature of the rose by commissioning artist Pierre-Joseph Redoute, a former court painter of Marie Antoinette, to paint a series of rose portraits. Blush Noisette is considered by many to the all time masterpiece of botanical illustration.


After Josephine died in 1814, Redoute published his rose portraits in three volumes simply titled Les Roses (1817-24). There were dedicated to Josephine’s memory. The book has continuously been in publication ever since.

In my Regency story Racing with the Wind, the first book in the Agents of the Crown series, much of which is set in Paris, Lady Mary escapes a heated ballroom into a garden where she encounters the mysterious Lord Ormond who tells her of Josephine’s passion for roses: 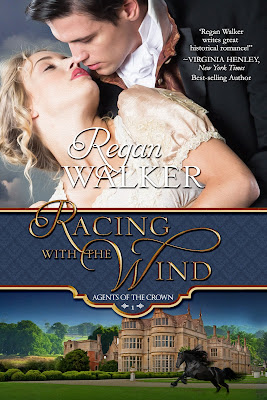