Introductions in the Regency Era... 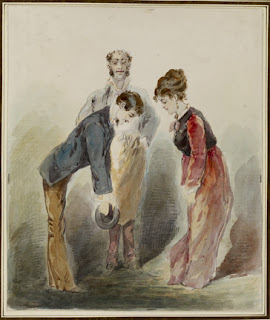 Introductions in the Regency Era by Nancy Meyer 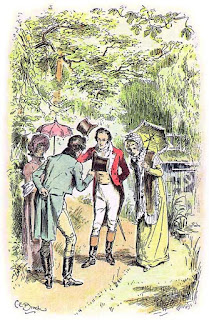 The people of Regency England were much more formal about introductions than we are. First names of men were not usually mentioned. Only his wife, mother, and sisters needed to know the first name of a peer. Boys were called by surnames or titles at school. Boys with titles and courtesy titles were called these from birth. One used full names and titles when introducing people. Even long time friends might not know a school friend’s first name.

The rules were few…

As a general consideration, these rules apply to the upper gentry and higher ranks. They do not apply when dealing with innkeepers, sales men, shopkeepers and laborers. In such cases one informs the one of superior rank of the identity of the other but no one is asked permission to present anyone.
Royalty had its own protocol and rules. Usually one didn't speak to a royal without permission and introductions were made formally at Levees and Drawing rooms. 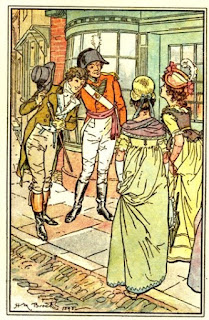 
You would ask a lady if you might introduce a man to her. She could say “no.” So one needs to have an idea if the two people will be acceptable to an introduction.

One asked a superior in age or rank if one could present a person of lower rank.
A lady didn't usually shake hands but, if she did, she was the one to initiate a handshake.

The depth of the curtsey and the bow were different for different ranks of superiors One had to get down on one's knee before royalty, but others usually didn't require a curtsey or bow of such depth.

Children of the aristocracy were trained in such things from birth. Children curtseyed and bowed to all adults of their social standing and above and those placed in authority over them.

They were usually told “Stephen and Sarah, make your bows to the Earl and Countess of Whatever”. The guests should know what titles the children bore and there would be no need for further information.

Gentlemen bowed to equals and superiors and to all ladies. They didn't kiss the hand of any except royalty or a mother, grandmother, wife, or mistress. A young bachelor might kiss the hand of an older dowager in a flirtatious way, but to do so with a younger woman would be taken as evidence of a forthcoming proposal. [Regan's note: Regency romances often deviate from this rule for the sake of the story...]

Ladies married to peers curtseyed to high church officials like bishops and archbishops and to royalty. Peeresses did not curtsey to each other.

A very young bride of a baron might curtsey to dowager duchess as a salute to age but wives of peers didn't usually curtsey to each other. An inclination of the head and handshakes, smiles and other methods of greeting each other were used.

Outside of the nobility, women curtseyed to those of higher rank. 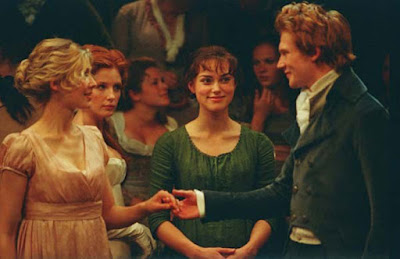 Using Full Titles
When people were introduced, it was considered polite to use their full titles. If the two people were at a place where they could be expected to see each other fairly often something about the person should be added.

To illustrate:
“Grandmother, may I present the Marquess of Boston? He is engaged to Lady Anne Bolton.”

"Lord Boston, the Dowager Countess of Seeham." (This is needed because the marquess couldn't call the woman "grandmother".)

"Lady Nelson, may I present Mr. Gower? He is the son of Lord Crabapple."


When there is great disparity in rank or age, the younger or one with lower rank is presented to the one of greater age and higher status. So while the general rule is that one presents gentlemen to ladies, sometimes a young lady might be presented to an aged duke.

Archbishops of Canterbury and York

The wife of an archbishop goes by his secular title, for example:

“Your Grace, Mrs. Manners, may I present Captain Lord Stoval of the Royal Navy?”

Then one can say, “Lord Stovall is my brother in law.”
“Stovall, His Grace the Archbishop of Canterbury and his wife, Mrs. Manners.”
(This last can be omitted, of course, if you have told your brother in law that you would introduce him to the archbishop.)

“Sir Thomas, Lady Bertram, may I present Henry Crawford?”
But, if the wife has her own title, she is introduced by it: “Lady Catherine, Sir Louis, may I present Mr. Collins as a worthy incumbent for the living at…?”

Clergymen
Generally clergymen are introduced by their names, such as “Mr. Austen” or “Mr. Smith”. One can add, “He is rector of the parish”, or “rector of St. Anne's”, or “the local vicar”. One does not addresses him as “reverend”.

Naval and military officers are usually introduced by their rank. If a man also has a peerage or courtesy title, his naval or military title comes first: “Colonel, the Earl of Someplace” or “Major Lord Blackwell.

In Pride and Prejudice, Wickham was introduced to Mrs. Bennet and her daughters:

“Mrs. Bennet, may I present Mr. Wickham who is here with the —shire Militia. "

Mrs. Bennet would have the choice of introducing her daughters or not.

If she didn't want her daughters to be known to him she would give a cool nod, recognizing his presence but no more. If she wished to give him the “cut direct” she could either tell the one making the introduction "No" or simply pretend nothing had been said and walk away. That would be a drastic response and embarrassing for all.

How one introduced someone could show one's own lack of breeding or one's less than friendly opinion of a person. A curt repeat of the names or an exquisitely polite exchange or more fulsome one. We all remember the scene from Pride and Prejudice when Mr. Collins rudely introduced himself. 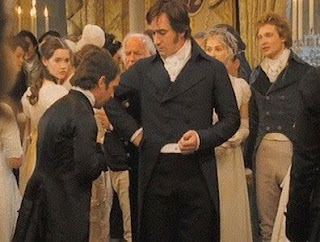 By introducing two people to each other, one stands surety for each as being an honorable person. In the situation with Mr. Collins, a third person might have introduced them:

“Mr. Darcy, may I make Mr. Collins known to you? He has the living at Rosings.” 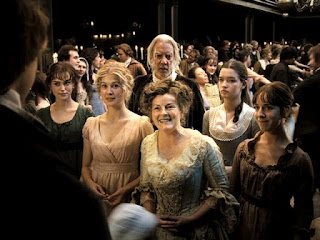 
At a ball, the host or hostess usually would not ask the lady's permission to introduce a person as suitable for a partner. A man couldn’t ask a lady to dance at a public assembly if they had not been introduced, but these rules were not so strict at private balls where the roof is supposed to be an introduction.


When a man and a woman are guests in a house and find themselves in company with each other without a third person to introduce them, they could introduce themselves. However, they could also have a conversation without exchanging names. If they do give names, the man gives his title or surname. He might add that he was the Vicar at St. Stephen’s Church, or a cousin of their host. If he is in the army or navy he should give his rank.
Introductions were generally made under a roof and not on the street or in a garden. If a man and lady met another man and lady on the street they would not stop to exchange identities. And finally, a well-bred young unmarried lady shouldn’t be walking down the street with a man not her father or brother.

Feel free to ask Nancy a question about introductions in the comments!
Posted by Regan Walker at 1:00 AM