Review: Shirlee Busbee’s FOR LOVE ALONE – Murder, Mystery and a Marriage of Convenience… oh, my! 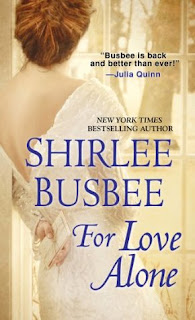