In my research for my Medieval Warriors series, I have learned much about the Nordic peoples who at one time raided and ultimately settled in England and Scotland. These included the Danes, who settled in Yorkshire and what became known as the Danelaw, as well as other Nordic groups. To write scenes in the home of my half-Danish heroine in York for Rogue Knight, I had to understand the names, the personal grooming habits and the clothing, even the jewelry. And for Rebel Warrior, I had to know about the weapons they preferred and whether the leader of a Viking attack might be dark-haired. Here are some of the things I discovered about “Vikings” from my research:

As a people they were not called “Vikings” but “Danes”, “Norse” or “Northmen”.

The term “Viking” was originally a Norse term describing a raid for plunder. Hence the Danes and Norsemen went “a-viking” or raiding. It wasn’t who they were, it was their hobby so to speak. Only later did the term “Vikings” come to describe the Norse people. In William the Conqueror’s day in the 11th century they were all generally referred to as “Danes.” 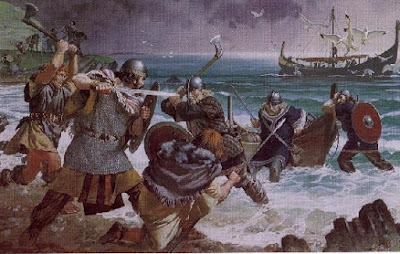 They weren’t all raiders; they were farmers and traders.

Although Viking raiders plundered countries like Britain, Ireland and Normandy, the majority of Viking settlers were farmers. Many married local women, grew barley, rye and oats and raised cattle, goats and sheep. Others became metal traders, establishing trading posts in Turkey and the Middle East.

There is a belief that the raiding Northmen were dirty savages. Not so. Typically the Danes bathed once a week on Saturday. This was at a time when an Anglo-Saxon would only bath once or twice a year. In fact, the original meaning of Scandinavian word for Saturday (laurdag / lørdag / lördag) was ‘Washing Day’.

Arab writers of the time confirm that the Vikings also washed their faces each morning at a time when European Christians did not.
They were fastidious at grooming.

Viking burial mounds reveal many personal grooming tools, such as razors, tweezers and ear spoons. In fact, combs seem to be the most common artifacts
found from the Viking Age. 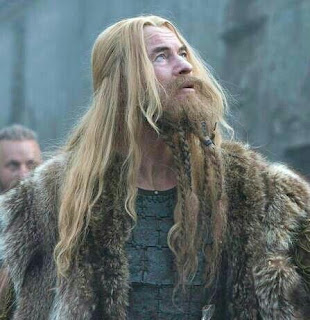 They bleached their hair.

Not all Vikings were blond; some were brunettes and redheads. However, blond hair was their ideal and hence many bleached their hair with a special soap. Ibn Fadlan, a contemporary Arabic writer, observed that the Vikings bleached their beards to a saffron yellow—to woo the ladies, don’t you know. The strong soap they used for bathing was also good for bleaching their hair.

They were not all tall and blond.

The Anglo-Saxons described the Vikings as tall and muscular, however, they were not all tall, blond hunks. Historical records show that the average Viking man was about 5’7”, which was not especially tall for the time. But the Vikings were great at absorbing people, and many people who had been kidnapped as slaves became part of the Viking population. So, in Viking groups, you might find Italians, Spaniards, Portuguese, Irish, English, French, and Russians — a very diverse group built around a core of Northmen from Denmark or Norway. 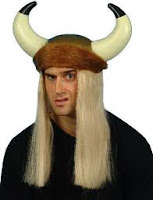 Their helmets did not have horns.

While the Norse god Thor wore a helmet with wings on it, which some might think look like horns, there are no records of horned helmets having ever existed. All depictions of helmets dating to the Viking age, show them with no horns.

They loved jewelry, even the men.

Viking graves and hoards tell us that various decorative personal items in bronze, silver and gold were plentiful, including coins.

Viking Age metalworkers were more than highly skilled craftsmen; they were designers and artisans. For example, to make their gold jewelry shine, they cut tiny chips into the designs that would catch the light. They also soldered filigree to the surface of an ornament. And to make a design stand out, they inlaid them with a black compound called niello (silver sulphide). 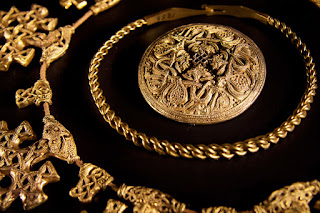 Both men and women wore brooches, necklaces, neck rings, arm rings and finger rings. In addition to the pins, brooches and such, there are also necklaces. In some Scandinavian cultures, women wore many beads to display the wealth of their husbands. While evidence for necklaces worn by the men is sparse, where pendants are found, the Thor’s Hammer seems to be the most common. No surprise there.


They were into fashion and strong women, quite modern, really.

Vikings were quite fashion conscious. They cared about their appearance, keeping their facial hair well trimmed and waxing, plaiting and trimming their beards. 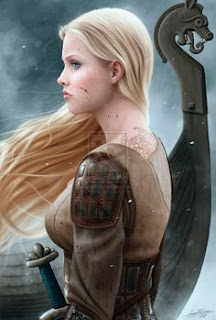 They favored headstrong, independent women. (However, there is evidence that the Norse warriors kept sex slaves, so these Viking men clearly differentiated between ‘keepers’ and ‘casual’.) Viking women ran households and commanded the thralls (slaves) when the men were away. If a Viking man displayed too much chest hair, his wife could divorce him, and he was liable for alimony. Now there’s a thought.

Like their Anglo-Saxon sisters, Viking women could own property and pass it on, something that changed in England when William the Conqueror came along (as Serena in The Red Wolf’s Prize laments).

With their love of fashion, strong women and dyed hair, they were actually quite romantic figures, and modern.

They were great storytellers and poets, though most could not read or write.

On those long, cold winter evenings, they sat around the fire telling tales about feuds, battles, kings, gods and heroes. They loved poetry and when they feasted, a poet, or skald, was usually invited to entertain them.

When the Danes celebrate their victory in York in Rogue Knight, Waltheof, an actual historic figure who had joined the rebellion, had his Icelandic skald entertain the men.

Vikings memorized their stories and passed their epic poems and sagas down by word of mouth. For one thing, they didn’t have paper. They scratched short messages on wood, stone or metal, which makes dashing off a quick note difficult. They didn’t have an alphabet like ours either. They used the futhark, 16 straight, stick-like letters called runes. Viking swords were handed down the generations, and inscribed with runes meant to increase the sword’s power.

J.R.R. Tolkien is said to have drawn upon his knowledge of Norse myths and legends in crafting his wonderful stories. 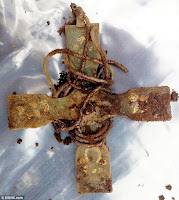 They weren’t all pagans.

The Christianization of Scandinavia took place between the 8th and the 12th centuries. Denmark, Norway and Sweden established their own Archdioceses, responsible directly to the Pope, in 1104, 1154 and 1164. Iceland converted to Christianity earlier, after a debate at the Althing, in the year 1000 AD. Despite the "official" decisions, it took a few hundred years for the people to become Christians. The Roman Catholic Church later sainted the Norwegian King, Olaf for officially adopting Christianity.


If you want to meet some actual Norsemen living in 11th century Scotland, read my novel, Rebel Warrior. It begins with a Viking attack! 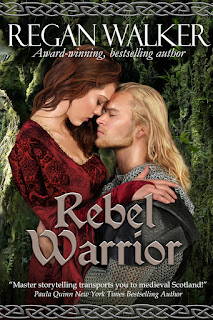 Catrìona of the Vale of Leven has come to King Malcolm’s court wounded in spirit from the vicious attack on her home by Northmen who slayed her parents and her people.

Steinar of Talisand was robbed of his noble father and his lands, forcing him to flee to Scotland while still recovering from a devastating wound. There he takes the position as the king’s scribe.

Treachery, betrayal and war cast a dark shadow over the king’s fortress in Dunfermline. But love also abounds as Catrìona and Steinar will soon discover.

When all is lost, what hope is there for love? Can a broken heart be mended? Can a damaged soul be healed?

Rebel Warrior On Amazon.
Or, get the whole Medieval Warriors series on Amazon.
Posted by Regan Walker at 1:00 AM