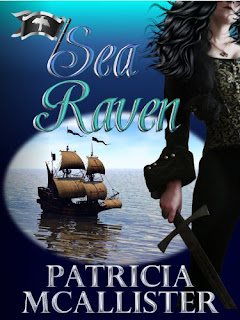 Set in Ireland and England in 1578, this is the story of Bryony O’Neill who was born to sail, and Slade Tanner, the English Captain of the Silver Hart to whom Queen Elizabeth has given the O’Neill lands.

Because her father has never publically acknowledged Bryony, calling her “Changeling” and holding her responsible for her mother’s childbed death, her twin brother Brendan (“Dan”) forces their father to allow her to sail with them. Dan wants to be a farmer but his strong Irish father, the leader of their clan, is having none of it. He refuses to see it is his daughter who was meant to one day take his place, not his son.

When Slade sails into their cove in Ireland to claim the O’Neill holdings given to him by the queen, Bryony takes the ship her father built for her brother and sails into Slade’s path. He follows her and captures her ship. Thinking he will use her to gain his lands from her father, he takes her prisoner. And then he takes her innocence. Bryony falls for the English captain, unaware the Queen has betrothed him to another.

I love that McAllister based her story in a real province of Ireland (see map below) and uses the real family name of O’Neill. To me, it’s a sign of an author willing to do the hard research, and her book is all the more credible for it. Other historical details abound and Queen Elizabeth is a real character in this well written novel. This is a great first in the Raven trilogy. I recommend it!

By the way, I believe the author has updated this version from an earlier one.