A Reader’s Pet Peeves: The 10 That Set Me On Edge Every Time! 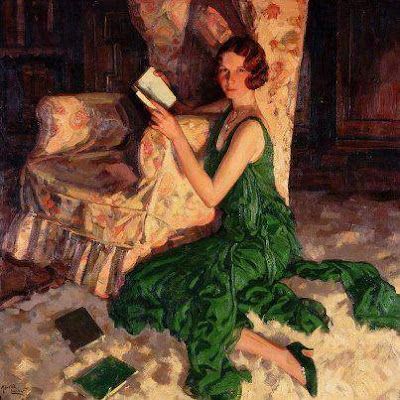 All readers have their pet peeves. It’s why we love some romances and hate others. After reviewing over 900 romance novels, the vast majority of them historical romances, I have developed a few pet peeves myself. So here are my top ten. In putting them down on paper, I wanted to speak for other readers whose reviews I see on the Internet (along with my own) and hopefully, this will help my fellow authors avoid some pitfalls. I’d love to know your pet peeves, so do comment.

1.     A “Lazy Historical”: Improper forms of address, inaccurate history, and/or wrong ship terminology.
These days, research is much easier than the 80s or even 90s, so there’s no excuse for failing to get things right. If it’s a Regency or other novel that includes nobility, there are rules for how they are to be addressed. And there were also customs as to how a lady was to be treated. It might make it easier for the author if everyone is on a first name basis, but it was not the case, except among spouses and family. Even close friends in the nobility would use titles.

There is no excuse for getting history wrong, either. I admire authors who do their homework. One author was unhappy with me when I pointed out the town in Scotland in which she had set several scenes didn’t exist until 150 years after her story (named for a fort, it was easy to check). I would have thought she might have looked it up, no? If an author wants/needs to deviate from history, all she has to do is include an Author's Note saying why.

Lastly, if you want to write a story set on a ship, you need to get the terminology right. I did hundreds of hours of research for my own seafaring romances. There are no stairs, floors or ceilings on a ship. Generally, portholes (if you mean windows) did not appear on schooners in the 19th century and crow’s nests came in with the whaling industry. A merchantman, even a privateer ship, would have used "crosstrees" for a lookout's post. And those round baskets on ancient ships (if the shrouds of the upper masts attach to them) are "tops". There are correct terms for all these things; one has only to look them up.

2.     Not enough emotion to engage mine. Witty dialog, clever storylines and great hooks may be preferred by today’s publishers, but if you can’t engage my emotions, if you can’t make me care, I won’t be rating the book 5 stars. Telling me the hero and heroine are in love does not suffice. I want to see it happen. Better, I want to feel it happen. It takes time to build characters, to convince me why I should love or hate them. Only some authors get my 5 star emotional rating. These do it right: Penelope Williamson (a two-Kleenex box author), Kathleen Givens, Nadine Crenshaw, Virginia Henley, Joanna Bourne, Betina Krahn and Iris Johansen, to name a few.

3.     Simpering, whiny or shrew-like heroines. Some people might like the weak, simpering females. Or shrews, harping at the hero. Not me. And it doesn’t make me happy if, later in the story, a weak heroine suddenly becomes a Valkyrie. Not buying it. Mind you, if there’s a valid reason, I expect the heroine to cry. People do. But if she is constantly teary eyed and whimpering, I won’t finish the book nor read another by that author. I like my heroines with backbone, but not snippy or snarky, mind you. I’m talking about real character. Inspire me with courageous heroines who won’t be dictated to, who rise to meet life’s challenges and you just might make me a fan. A good example is Fallon in Princess of Fire by Heather Graham, who refused to be cowered by William the Conqueror. My nearly 300 5-star reviews on Goodreads are replete with other examples.

4.     Contrived, improbable plot elements. So… I’m reading along, enjoying a great romance when suddenly, wham, out of nowhere something happens that just doesn’t fit—and isn’t believable. I know it’s romance, but it has to be natural…not contrived just to get the story moving in a certain direction. This is really important and can turn me off to an author quicker than anything. I have found that authors who engage in this do so again and again. I won’t mention names but suffice it to say these did not garner my highest ratings; and they are not on my best lists.

5.     A research dump. I really appreciate it when the historical romance reflects the author’s thorough research. I can always tell and I give them high marks for it in my reviews. But don’t dump everything you learned into long passages in the story. If the heroine is a potter, I don’t need the encyclopedia version of everything there is to know about pottery—or fossils, or painting, or stone masonry, etc. I don’t need to go back to school. If I want more details, I’ll look them up. I can give you many authors who incorporate their research very well. A few whose names come to mind are Virginia Henley, Heather Graham (aka Shannon Drake), Nadine Crenshaw, Cynthia Wright, Elizabeth Stuart, Meredith Duran, Joanna Bourne and Penelope Williamson.

6.     Moral lectures disguised as romance. Yes, I know poverty existed in the past centuries (as it does now), and I don’t mind if this is reflected in the story, but don’t lecture me on the importance of being socially responsible. Don’t lecture me on the evils of slavery, natural healers that aren’t really witches, the benefits of vegetarianism, being charitable to the poor, etc. I get it. Reflect it, but don’t moralize. If you feel strongly, write an editorial, not a romance.

7.     A character acting inconsistently. You know this one…a smart, savvy heroine who suddenly does something really stupid. In once romance I read, the heroine, who had been pretty smart up until this point, suddenly goes along with an abduction. Doesn’t scream, doesn’t fight. Nada. It was so disappointing it threw off my whole feeling about the story. Or, consider the hero who has always been a noble, forthright guy, who suddenly believes the worst about the heroine with no real evidence or provocation. Ugh!

8.     Manufactured conflict and sexual tension. It’s gotta be real. It should come naturally out of the circumstances and the lives of the characters, but in some romances, it comes out of thin air. That will sour me on a story quicker than anything. You know what I’m talking about: arguments that should never have happened; misunderstandings any normal human being would clear up with one sentence—those things! I give highest marks to an author who has an intriguing plot that naturally develops and holds my attention, one who does not throw a wrench into the works merely to try and create conflict.

9.     Love scenes that don’t match the characters or are the same in every one of the author’s books. If the heroine is an innocent virgin and suddenly she is seducing the hero with moves like a practiced courtesan (and especially the word “Please” as a euphemism for “do it now”), you just lost me. The love scene has to match the people involved and their experience. If you want a courtesan’s moves, then make the heroine an experienced woman of the night. A failure to match the love scene to the characters can be subtle. If the heroine is insecure and her past reflects bad experiences with men, she isn’t going to jump into bed with the hero and take the initiative in lovemaking. No way. It must seem like the kind of love scene these two people would share. Really good examples can be found in Joanna Bourne’s novels, particularly The Black Hawk. Oh, and authors, please don’t make all your love scenes the same in every book you write—readers notice!

10.  A cover that has nothing to do with the story or a title that doesn’t do it justice.
I realize some authors have little to do with this (it’s their publishers), but with more and more Indies designing their own covers, it’s a legitimate gripe. Real examples abound: A handsome pirate with black hair and dark eyes on the cover, but the hero has blond hair and silver eyes! A Highlander in a plaid kilt on the cover but the story takes place centuries before the Scots wore kilts. A heroine described as “plain and plump” but the cover shows her a beauty with a devastating and very slender figure. Please.

I know the publishers are selling romance like the cable outfits sell sex, but when they use a title just because it sounds like a book that is selling well, or they think the words “duke”, “seduced,” “ravished,” or “in bed with” will make us buy it, they won’t. At least not me. To me, such a title cheapens what may be a serious historical romance.