Kathleen Kirkwood’s THE CAPTIVE HEART – A worthy tale of loyalty, treachery and love. 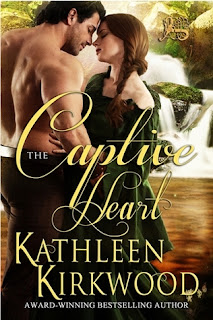