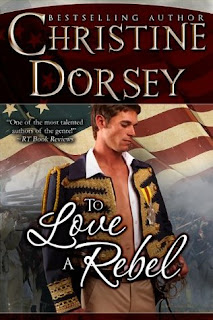 Set in 1775 in North Carolina, this is the story of Fiona MacLure and her clan that is loyal to the king of England. (After Culloden and the way the English treated the Scots, I found that hard to believe but in fact, it’s true.)

When Fiona decides to steal the plans of the local militia, she didn’t count on the fact Colonel Zeke Kincaid would return early to find her in his rooms. Fiona pretends to be a lady of the night but Zeke isn’t buying it; she is too much of an innocent. Before he can learn why she is there, she knocks him over the head with a candlestick and flees to her grandfather’s plantation.

On assignment to try and keep the Scots neutral, Zeke ends up at Fiona’s family plantation. Neither Fiona nor Zeke can tell her grandfather, a powerful laird, what happened between them and each sees the other as the enemy.

Zeke begins as something of a cad, seducing Fiona and taking her innocence because he wanted her. He gives no thought to ruining her or leaving her pregnant. In fact, Zeke blames her for putting herself in his way. And there is no doubt Fiona makes some reckless moves. But still. She is 18.

Based on a true happening during the American Revolution, it’s a well-told story based on solid research with lots of chemistry between the leads. Zeke eventually realizes his feelings for Fiona go beyond lust.

For the Scots loyal to the British Crown you might like to read THIS ARTICLE
Posted by Regan Walker at 1:00 AM