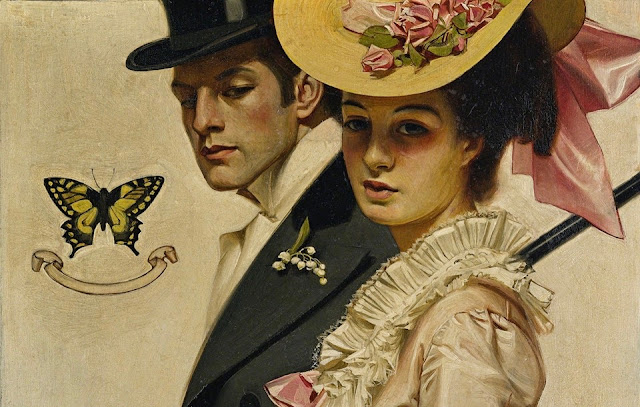 This is a fairly new list, hence it is shorter than my others. It features romances set in the Victorian era, generally from 1837 (the year Victoria became Queen) to 1901 (the year of her death). The common perception of the period is that the Victorians were “prudish, hypocritical, stuffy and narrow-minded”.  But these perceptions are not always accurate, particularly when the British characters were traveling and learning much about other cultures, as you will see in these romances. All of those listed here have been rated 4 or 5 stars by me:

A Lady’s Lesson in Scandal by Meredith Duran
Beauty and the Spymaster by Moriah Densley (novella)
Bound by Your Touch by Meredith Duran
Bride of Pendorric by Victoria Holt
From Fields of Gold by Alexandra Ripley
Fool Me Twice by Meredith Duran
Gentle From the Night by Meagan McKinney
Gypsy Jewel by Patricia McAllister
Harcourt’s Mountain by Elaine Dodge
If You Dare, If You Desire and If You Deceive, MacCarrick Brothers trilogy by Kresley Cole
Lady Sophia’s Lover and Worth Any Price, the Bow Street Runners by Lisa Kleypas
Lord Edward’s Mysterious Treasure by Lillian Marek
Lord of the Far Island by Victoria Holt
Mine Till Midnight, Seduce Me at Sunrise, Tempt Me at Twilight, Married by Morning and Love in the Afternoon, Hathaway Series, by Lisa Kleypas
Mistress of Mellyn by Victoria Holt
On the Night of the Seventh Moon by Victoria Holt
Proof of Virtue by Leila Snow
Scarlett by Alexandra Ripley
September Moon by Candice Proctor
Silk and Shadows, Silk and Secrets and Veils of Silk, the Silk Trilogy by Mary Jo Putney
Sleep in the Woods by Dorothy Eden
Song for Sophia and The King of Threadneedle Street by Moriah Densley
Surrender the Night by Christine Monson
The Book of the Seven Delights and The Book of True Desires by Betina Krahn
The Duke of Shadows by Meredith Duran
The Last Bachelor by Betina Krahn
The Pride of the Peacock by Victoria Holt
The Scarlet Thread by Beck Lee Weyrich
The Secret Woman by Victoria Holt
The Time of the Hunter’s Moon by Victoria Holt
This Fiery Splendor by Christine Monson
Where the Horses Run by Kaki Warner
Posted by Regan Walker at 1:00 AM