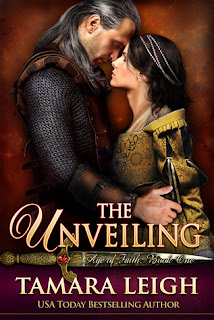 Set in mid 12th century England, this is the story of Lady Annyn Bretanne, who lives for revenge on the man she believes hanged her brother and then lied about it, Garr, Baron Wulfrith. Wulfrith, as most call him, is known for the training of knights and was saddened when the young knight who was brother to Lady Annyn hanged himself, or so he thought. Wanting to sink a dagger into Lord Wulfrith’s heart, Annyn disguises herself as a squire and, using another’s name, enters Wulfen Castle where only men are allowed.

Annyn and Garr will clash as he is harsh in his training and she is resentful of the man she intends to kill. The training of knights goes on as King Stephen and young Duke Henry vie for the Crown of England. They will demand loyalty of their followers and will seek alliances with the powerful Lord Wulfrith and a favorable marriage for Annyn she does not want. Garr initially supports Stephen but comes to see Henry is the better choice. He has no idea one of his squires is a woman until she is “unveiled”.

This was so well written wth Wulfrith doling out “lessons” to his squires, lessons they would all remember. As he and Annyn discover they care for each other, she spouts the lessons back to him. Only Annyn had enough faith in her brother that the lies about him do not penetrate her loyalty. I loved that. Gar, initially cold and seemingly proud, is an honorable and truly humble before God. The treachery behind the mysterious death of Annyn’s brother is slowly revealed to great effect.

A wonderful medieval romance that will definitely hold your attention. It weaves in Annyn and Garr’s faith, too, as they develop over time. It’s very well done! Garr and Annyn are going on my Favorite Heroes & Heroines list!