Debra Holland’s THE IRISH SISTERS TRILOGY of Novellas: A VALENTINE’S CHOICE, AN IRISH BLESSING, and A ROLLING STONE 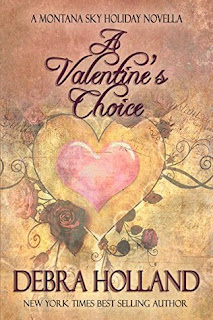 This is a well-written set of novellas that, together, make up a sweet story of three sisters from Ireland and their new home in Montana at the end of the 19th century. The author brings you into life on the frontier so that these are truly historically authentic. Because the stories are short, the love between the hero and heroine comes very quickly. I would love to read a full-length novel by this author. I think you will enjoy these short reads!

Set in 1895, this is the story of Bridget O’Donnell who left Ireland along with her twin sister, Alana, to create a better life. The sisters travel to Sweetwater Springs, Montana, and their uncle’s family. Because of their aunt’s sickness, they are diverted to the nearby Thompson ranch.

James Whitson, a cowboy on the Thompson ranch, is in town to drop off a letter at the train station when he meets the twins. He’s immediately smitten with Bridget and decides to court her. Also visiting the Thompson ranch is horse breeder Patrick Gallagher, owner of a magnificent black Thoroughbred. He, too, thinks to snag Bridget. She will have to choose between them. 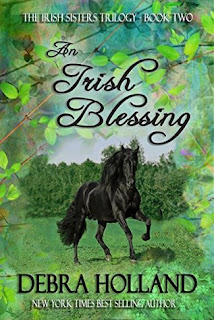 Bridget’s twin sister, Alana, a healer, leaves her sister for her uncle’s home on the prairie outside of Sweetwater Springs where she is needed to nurse her ailing aunt. After Bridget rejected Patrick Gallagher’s marriage proposal, he visits Alana, thinking one twin would probably be as good as the other. But Alana rejects his suit and Patrick retreats, realizing he really likes Alana. An attack by outlaws on his way to town gives them a second chance at love.

Meanwhile, back in Ireland, Bridget and Alana’s sister, Catriona, has been abandoned by the father of her illegitimate baby. Pretending to be a widow, she leaves Ireland to find her twin sisters in America, intending to put her wild past behind her. Once united with her sisters, she wants to establish roots and make a home for her child. 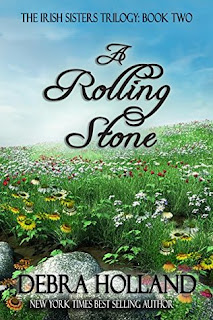 Moss Callahan has a bad case of wanderlust, drifting from job to job on a quest for new horizons and interesting adventures. On the point of moving on from Sweetwater Springs, he encounters Catriona, who faints into his arms, forcing him to return to the Thompson ranch where the doctor is attending the wedding of the twins.

Moss feels responsible for the beautiful widow and her baby, and his attraction to her grows. But Catriona is bitter and wants nothing to do with men, especially someone like Moss who won’t settle down.
“Regan Walker is an excellent reviewer. Doesn't pull any punches but praises good work. I trust her.”
SHIRLEE BUSBEE, NY Times Bestselling author