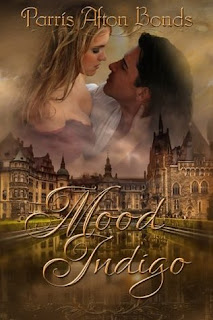 The story begins in England in 1774, the year after the Boston tea party, and soon moves to America, and tells of a highborn English lady who gives up her pampered life among the aristocracy and the dictates of her overbearing father to become an indentured servant and follow the man she loves.

Lady Jane Lennox, daughter of Lord Wychwood, laughed when a Hindu fortune-teller told her she’d meet a stranger who is a marked man. And she wondered when that same fortune-teller told her Captain Terrence MacKenzie of the Royal Dragoons, who she had loved since she was young though he was bastard born, would be waiting for her at the end of a long road.

At a dinner party in London, Jane learns Terrence has been sent to Canada and that her powerful father has no intention of allowing her to follow him. At that same party, she meets an insolent colonial, Ethan Gordon, owner of a Virginia indigo plantation, who she spars with over dinner—a Quaker marked by a burn on his face.

Rich with period descriptions, details and locations (Williamsburg, the Green Dragon Tavern, and so many more), Bonds has woven a meticulously researched tale that will please the serious historical romance reader. There’s mystery, treachery and unwilling love with an engaging cast of characters (both real and fictional)—all set in a time when the winds of revolution were rising. Ethan is now one of my favorite heroes and the love scenes and the ending were oh, so sweet.

I highly recommend it! A keeper!
“Regan Walker is an excellent reviewer. Doesn't pull any punches but praises good work. I trust her.”
SHIRLEE BUSBEE, NY Times Bestselling author