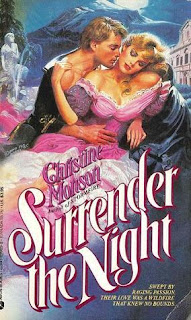 You are lucky if you have this in paperback as it’s difficult to find. Set in 1847, beginning in Rhode Island and New York but then going to Italy, Switzerland and Hungary, this is the story of Eliza Hilliard, the daughter of a wealthy merchant. Eliza is a talented artist who sees much, partly because she was left lame from a riding accident as a child and understands pain. When Princess Elizabeth (Bette) Von Schmerling comes to America seeking a wife for her nephew, Prince Miklos Sztarai of Hungary, Eliza’s mother leaps at the offer made to her daughter.

By proxy, Eliza is to marry a man she has never met, one she envisions as fat and blustering. She is willing to do it because the terms of the contract provide she can get out of the marriage if she wishes when she meets the prince and will get a large settlement—and the marriage can’t be consummated without mutual assent. Happy with her books and her art, Eliza jumps at the chance to be free from her controlling mother.

In Northern Italy, Eliza finally meets her new husband where he is staying at Lake Como. A handsome, golden-haired prince, he is also a former colonel in the Hungarian army and orders her about while holding her at arm’s distance.

Monson brings great humor and witticisms to the fore with Eliza’s musings about her husband. Eliza is only 16 but canny and wise. The dialog is witty, often brilliant. Neither Eliza nor Miklos wants the marriage. He is skeptical about Eliza’s reasons for entering the marriage and until he figures it out, he will not let her go, but he will not consummate the marriage either. Eliza is happy about that since she wants out.

Monson’s presentation of the budding respect and affection of these two prickly people is brilliant. I just loved it. And the secondary characters and historical figures are so well done, providing a rich tapestry of historical detail. I relish a romance where the author takes the time (and the pages) to slowly develop a believable relationship. The secondary characters are well drawn, including Miklos’ mistress, a great beauty who wonders at the appeal of the skinny American girl.

As they travel through Europe, Eliza discovers Miklos’ secrets and finally has to admit she loves him. A great read and highly recommended. Oh, and the bodice ripping aspects are mild (and they are married).