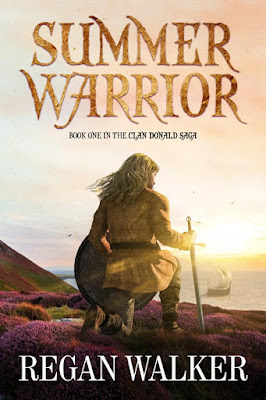 Summer Warrior, which begins in 1135, tells the story of Somerled, the Norse-Gael who forged the Kingdom of the Isles. Once he sends the Norse pirates fleeing, he knows he must build strongholds to keep the sea lanes free. In one visit to Rushen Castle on the Isle of Man, Ragnhild, King Olaf’s daughter asks him about his goal: