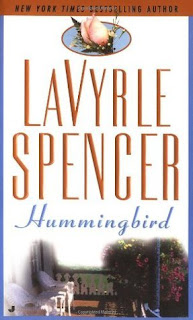 Set in 1879 in Colorado, this is the story of the very proper Miss Abigail McKenzie who decides she needs to make some money to keep herself and her home. So, when two men, wounded on a train in what was thought to be a robbery, show up in her town and the doc says he needs a place to put them—at the railroad’s expense—she volunteers. One is the “hero” and one is the “train robber,” but it matters little to Abigail who is good a tending the sick after caring for her father until his death.

The “hero” turns out to be a shoe salesman who is every bit the gentleman that Abigail is a lady. And soon, 33-year-old Abigail is dreaming that she may have a suitor to make up for the one she lost 13 years earlier. David Melcher, whose wound turns out to be only a big toe shot off, is quite enamored with Miss Abigail, but most of her time is taken up with the “robber” who is gravely wounded in his upper leg. Through a series of events, Abigail saves his life and yet when he awakens, he’s like a bear coming out of a cave, snapping at her every move.

Spencer does a brilliant job of keeping up the tension and the banter going between Abigail and her most difficult patient, the handsome and darkly sensual man who only gives her his first name, “Jesse.” It is all the more amazing when you consider that most of the book occurs in her home and in a single room, her bedroom occupied by the recovering train robber.

Jesse comes to think of Abigail as his “hummingbird” as she is small and flits about in a most efficient way. And he views with disdain the would be hero Melcher who would have Abigail as his own. Jesse and Abigail are not initially attracted to each other: she is too proper, too stiff; and he is too crude, too rough. But Jesse sees deeper into her heart and her past than Abigail does and over time, painfully sorts out what has her bound in the rigid rules of propriety.

Sometimes the courtship of two creatures is a mad, frantic dance—a biting, clawing fight before the passion overtakes them. Such is the mating dance of Jesse and Abigail. She resists her feelings for him until she is forced to face them and choose. Will Abigail choose the very proper Mr. Melcher, or the crude Jesse?

Spencer deftly weaves a “second chance” story where both hero and heroine learn something of their true hearts’ desires. It is rich in detail with superb dialog, intricately interlaced with just enough action to keep you turning pages. Some of the secondary characters are priceless. Though there is not much of the Old West here, you still get an accurate picture of life in the small town of Stuart’s Junction in late 19th century America.

A splendid romance and a very worthy read.