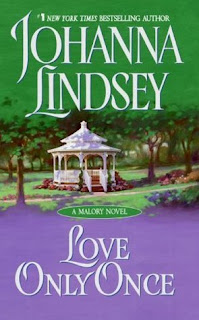 In this first in the Malory series, we meet Lord Edward and Lady Charlotte Malory and the whole family of brothers and uncles and their beautiful, much-loved cousin, Regina Ashton. Reggie knows that at 19, it's time for her to marry, and though she has many suitors and dozens of offers, none of her uncles can agree on a man. So, she lingers on the vine, bored with the whole social scene.

When Viscount Nicholas Eden, a rake who seduces even innocents, kidnaps her in a case of mistaken identity, Reggie doesn't resist when her uncles insist Nick must marry her because he has ruined her. Nicholas Eden will marry no woman even though he lusts after Reggie. So, forced into an engagement, he seduces her and then tries to get her to break their engagement. What a cad! But she won't do it, no matter how bad he treats her. She wants him and she has a reason to marry.

In real life, a philanderer like Nick would never be faithful after marriage. A perfect example is Richard Burton, who though he loved Elizabeth Taylor passionately every day of his life after he met her, couldn't be faithful. (It caused their two divorces.) I was reminded of them because Lindsey's description of Reggie is a young Elizabeth Taylor. But ah...this is romance, so the rogues and philanderers can reform and become faithful husbands!

This is no sweeping saga, nor any great story of sweeping passion, and yet, it’s an entertaining read and a good beginning to the popular Malory series.

Love Only Once (Reggie and Nick)

Tender Rebel (Roslyn and Anthony)
Gentle Rogue (James and Georgina)
The Magic of You (Amy and Warren)
Say You Love Me (Kelsey and Derek)
The Present: The Malory Holiday Novel
A Loving Scoundrel (Danny and Jeremy, James' son)
Captive of My Desires (Gabrielle and Drew)
No Choice But Seduction (Boyd and Katey)
That Perfect Someone (Richard and Julia)