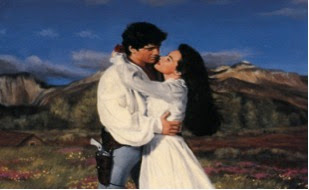 I first discovered Western romances by reading those written by my favorite authors who also wrote stories set in other eras. Since then, I have become a true fan of the subgenre and find myself every now and then reaching for a good romance from the Old West. I love those Indian and gun-slinging heroes. So, it seemed a “best” list was in order to share some of these wonderful stories with you. I have a separate list for Patriotic Historical Romances I post in July. All on my lists are rated 4 or 5 stars by me. I think you’ll like them!