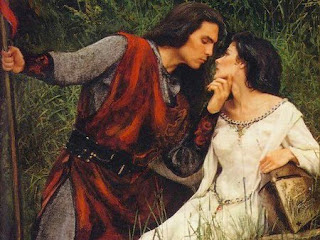 Who among us ladies hasn’t dreamed of a knight in shining armor? A valiant hero living in a time when honor prevailed and a woman of character who loved him. (I did say we were dreaming, right?) These historical novels will take you there.

For the King’s Favor by Elizabeth Chadwick

Lord of Desire, Lord of Temptation and Lord of Seduction, Risande trilogy by Paula Quinn

The Irish Princess by Elizabeth Chadwick

Through a Dark Mist, In the Shadow of Midnight and The Last Arrow by Marsha Canham

The Refuge, An Inspirational Novel of Scotland

And my newest from The Clan Donald Saga: Summer Warrior, 12th century Scotland,  and Bound by Honor