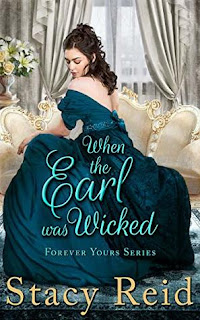 Set in the Victorian era, this is the story of Lady Verity Ayles who, having been assaulted by a nobleman, decides to learn the art of self-defense. For her tutor, she chooses James Radcliffe, the Earl of Maschelly, who has a reputation for bare-fisted fighting, among other rakish pursuits.

James, who has come from poverty and not quite ton material notwithstanding his title, decides to take her up on the offer.  He will teach her how to fight and, in exchange, she will instruct him on all the refined manners needed to win a lady of quality.

Much of the book is taken up with her brother’s attempts to marry her to a villain and her clandestine meetings with James to learn to defend herself. She comes to see James as a worthy, kindhearted man and he sees her as a potential mate. A clever idea, well-told and a light, enjoyable read.