The Wearing of the Plaid! 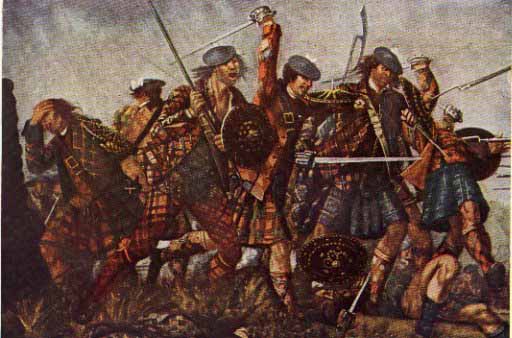 “It is a coat of arms, the tartan, worn proudly for all men to see and take warning. And the plaid is an admirable piece of invention, serving as a suit of clothes or a blanket for sleeping or a braw protection against the wildest storm.”
— Jan Cox Speas, My Lord Monleigh

What Scottish or Highlander historical romance would be complete without men wearing plaid? But did you know that many of the tartans we recognize today were the creations of tailors during the reign of Queen Victoria? Nevertheless, the basic concept of the plaid and the wearing of the kilt have their origin in the early Scottish and Irish clans and families, so we can take heart. Based upon my own research, I know the Highlanders were wearing plaid trews in the 12th century.

The kilt, or philabeg (the older Gaelic name) that is now standard kit, has its origin in the older garment called the belted plaid. The pattern, or setts, of multicolored stripes and checks later came to identify the clan or regiment.

It is impossible to say precisely when the Highlanders’ cloak evolved into the long garment known as the belted plaid. Some say it was as early as the tenth or eleventh centuries. Others say the belted plaid came into being during the 16th century as a full-length garment whose upper half could be worn as a cloak draped over the shoulder, or brought up over the head. In any event, this long plaid was wrapped round the body and was known in Gaelic as the feileadh mor meaning large and folded, or pleated. It was normally made up of two pieces of material, the measurements being dictated by the size of the loom, which were stitched together.