A Fierce Wind is here!

A Fierce Wind, book 3 in the Donet trilogy is here! From now until August 23 when it releases, you can get the ebook for 99¢/99p on Amazon.

Set in England and France during the French Revolution, it’s an exciting story of love in time of revolution when loyalties are torn and love is tested and when the boy Zoé Donet knew as a child turns out to be the man of her dreams. 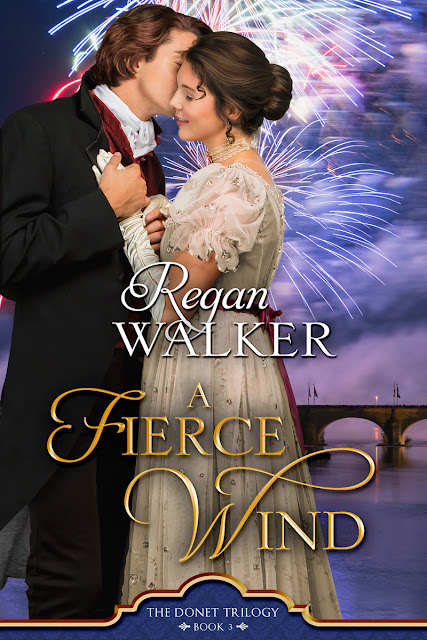 Zoé Ariane Donet was in love with love until she met the young commander of the royalist army fighting the revolutionaries tearing apart France. When the dashing young general is killed, she joins the royalist cause, rescuing émigrés fleeing Robespierre’s Reign of Terror.

One man watches over her: Frederick West, the brother of an English earl, who has known Zoé since she was a precocious ten-year-old child. At sixteen, she promised great beauty, the flower of French womanhood about to bloom. Now, four years later, as the Terror seizes France by the throat, Zoé has become a beautiful temptress Freddie vows to protect with his life.

But English spies don’t live long in Revolutionary France.
Posted by Regan Walker at 1:00 AM