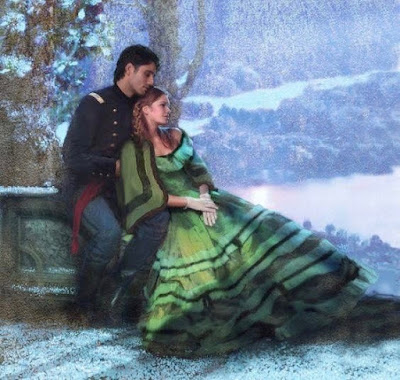 Follow the Heart by Anita Mills
Ride out the Storm by Aleen Malcolm
Scattered Seeds by Julie Doherty
Windsong by Judith E. French

Caroline, Touch the Sun and Spring Fires, from the Beauvisage series by Cynthia Wright
Devon and the sequel The Black Angel by Cordia Byers
Fortune’s Bride by Judith E. French
In From the Cold by Nora Roberts
Lanterns in the Mist by Mairi Norris
Love a Rebel, Love a Rogue by Shirl Henke
Love Among the Rabble by Lauren Laviolette
Love Not a Rebel by Heather Graham
Master of My Dreams and Captain of My Heart by Danelle Harmon
Mood Indigo by Parris Afton Bond
Passion’s Ransom by Betina Krahn
Scarlet Ribbons by Judith E. French
Silver Storm, from the Raveneau series by Cynthia Wright
The Calling of the Clan by Parris Afton Bonds
The Paradise Bargain by Betina Krahn (Whiskey Rebellion), first released as Love’s Brazen Fire
The Wayward One by Danelle Harmon
Under Crimson Sails by Lynna Lawton (post Revolutionary War)
Velvet Chains by Constance O’Banyon

Fortune’s Flames by Janelle Taylor
Lady Vixen by Shirlee Busbee
Lord of the Sea by Danelle Harmon
Masque of Jade by Emma Merritt
Midnight Masquerade by Shirlee Busbee
My Love, My Enemy by Jan Cox Speas
Tainted Lilies by Becky Lee Weyrich
The Captain’s Captive by Christine Dorsey
The Plains of Chalmette by Jack Caldwell
The Windflower by Laura London (aka Sharon and Tom Curtis)
To Save a Lady by Patricia Preston

A Time for Everything by Mysti Parker (post Civil War)
An Outlaw in Wonderland by Lori Austin
An Honorable Man by Rosemary Rogers
Ashes in the Wind by Kathleen Woodiwiss
Beauty and the Bounty Hunter by Lori Austin (post Civil War)
Bittersweet by Anita Mills (mostly post Civil War)
Bonds of Love by Lisa Gregory
Clingstone by Marti Ziegler
Dark Stranger and Rides a Hero (first two books in the Slater Brothers trilogy) by Heather Graham
Lavender Blue by Parris Afton Bonds
Master of Paradise by Virginia Henley
Midnight Confessions by Candice Proctor
No Greater Glory by Cindy Nord
One Wore Blue, And One Wore Gray, And One Rode West, Cameron Civil War trilogy by Heather Graham
Rebel, Surrender, Glory and Triumph (from the Old Florida's McKenzies series) by Heather Graham
Rules of Decorum by Leigh Lee
Sing My Name by Ellen O’Connell
Straight for the Heart by Marsha Canham
Surrender in Moonlight by Jennifer Blake
The Black Swan and Moss Rose, duology by Day Taylor
The Outlaw Hearts by Rebecca Brandewyne
Tomorrow the Glory by Heather Graham
Vagabond Wind by Amanda Hughes
When the Splendor Falls by Laurie McBain

In addition to those listed above, I hope you will consider To Tame the Wind, my Georgian romance set in the last year of the Revolutionary War with privateers and spies in England and France. And, for a story with a sea captain hero and a heroine looking back at the War of 1812, you might enjoy Wind Raven.
Posted by Regan Walker at 7:24 PM