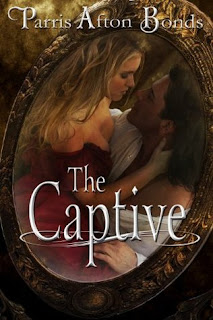 Set in 1751, this is book one in The Clan Box Set, a post-Culloden tale from the Highlands. It’s the story of Ranald Kincairn, Laird of Clan Cameron whose brothers were killed by the English and whose sister they raped. He wants revenge. His plan is to abduct the virgin bride of the new English “Lord Lieutenant of the Western Highlands”—the man who raped his sister—and plant within her a Highlander babe, then send her back. The bride is Enya, a Lowland Scot from Ayrshire whose family, the Aftons, sided with the English.

Though Ranald tells Enya he intends to ruin her, it seems it’s just talk as he puts her to work in the clan castle as a scullery maid, but doesn’t lay a hand on her. As time passes, he is a bit inconsistent toward her. First he tells her he won’t touch her, but threatens to give her to his men; then he tells her no one will take her against her will; finally, he beds her himself. Ranald is a worthy leader of his clan and respected by all. Of course, Enya falls for him.

There are two other romances tied to Ranald and Enya’s—Enya’s mother and the man she has loved since she was 15, and Ranald’s sister and Duncan, a Lowland Scot who came with Enya.

There’s an exciting scene at the end when the villain shows up to reclaim his bride.

Bonds brings to life the Highlands and the struggle to survive after the terrible devastation the English brought about after Culloden as the Highlanders are hunted and the English are determined to wipe out the clans.
Posted by Regan Walker at 1:00 AM