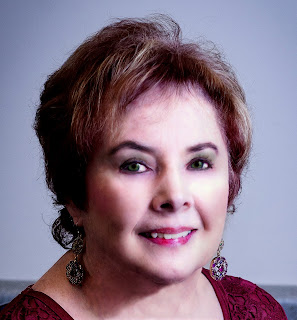 My guest today is Charlene Raddon, author of romances set in the Old West.

She likes to say she began her fiction career in the third grade when she told the class, during Show and Tell, that a black widow spider came down from the garage roof and bit her (non-existent) little sister to death.

After two years of college as a fine arts major, and a divorce, she moved to Utah, planning to wow the world with her watercolor landscapes—until her sister introduced her to romance novels. She never picked up a paint brush again.

Originally published by Kensington in the ‘90s, Charlene is an Indie author now. She writes western historical romance, except for one contemporary fantasy she hasn’t published yet. It’s a frog princess story about a man napping beside a pond. He awakens when a frog jumps on his chest. The frog kisses him. Suddenly, he has a naked medieval princess sprawled over him. Charlene has a vivid imagination and a romantic soul.

Please excuse Charlene now. She just heard a husky whisper from one of the dusty, shadowed corners of her office. Someone's lurking there, someone long, lanky and lascivious, beckoning to her. She has no intention of playing coy. And today she is telling us some tidbits about the Old West.

Be sure and leave a comment with your email as she is giving away a free copy of Priscilla, Book 1 of The Widows of Wildcat Ridge, and a free copy of Forever Mine to two winners.

The Old West by Charlene Raddon
With each book I write, I learn more about life in the Old West, my favorite time period. I enjoy researching my stories. It's like solving little puzzles. Of course, some are big devilish puzzles and not so enjoyable. They're still educational, and I love learning.

Would you believe they often put alcoholics in asylums in the 1800s? Between 1790 and 1840, Americans, including some children, drank nearly a half pint of hard liquor per person per day. Quincy had made public intoxication illegal by the 1880s, but police had no way to measure inebriation. Cures ranged from apple pie to goat's milk, horse blood, corrective eyeglasses, vegetarianism, acid phosphate and hypnotism. Many physicians prescribed tonics and patent medicines that often contained alcohol, cocaine, marijuana and wormwood. 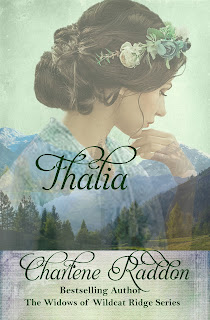 For that same book, I learned how to run a 19th Century printing press and researched typewriters. My next book, Cadence, Widows of Wildcat Ridge, required learning the photography methods of the time. In particular, how to develop such photographs. Ophelia, Widows of Wildcat Ridge, plunged me into divorce and land ownership laws in Utah Territory, as well as refining my knowledge of gold mining and operating a mine elevator.

In my current WIP, a fifteen-year-old girl gives birth to triplets. I delved into several sources and still have unanswered questions about that experience. Anyone out there have triplets? Mine were delivered by three brothers on a ranch who had no knowledge of such matters, all while a storm raged in the background. And written by an author whose never been pregnant.

I once had extensive knowledge about the Oregon Trail, thanks to my first published book, Tender Touch. Also, how to fake your own murder. I learned how to be a Pinkerton Operative for another book. 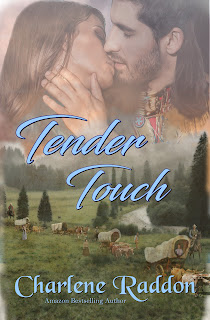 Despite the current popularity of mail order bride stories, I've only written one and it varies from the norm. It took place at a lighthouse on the Oregon Coast in 1891, a location I love visiting. While touring the Cape Meares Light one summer, I noticed the wedding portrait of a keeper and his bride. They looked so unhappy. I wondered why. Had they never met before that day?

The result was a book, Forever Mine, about a young woman who travels to Portland to marry an assistant keeper at Cape Meares. Because her intended could not pick her up, he asks his uncle to do it—his older, miserably married uncle. Of course, the girl and the uncle fall in love. Since she's running from an uncle of her own who wants her dead, she has no choice but to marry the nephew and live next door to the man she truly loves. I learned the history of pheasants for that story. I learned how to operate that lighthouse. During my research, I had the honor of meeting the son of that newlywed couple in the photograph. He told me many tales, some of which showed up in the story. How many of you know how to run a lighthouse in the days before electricity? 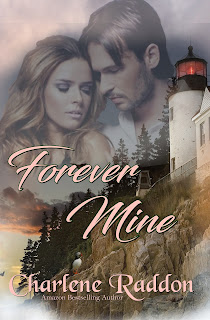 How were rich ores mined from the ground? How do you change a wheel on a stagecoach? How is that wheel made? What did people eat in the Nineteenth Century? How did they wash their clothes, cook their meals, hitch a team to a wagon, treat childhood diseases, snakebites, gunshot wounds? What sort of scarves did cowboys wear? What brand of coffee beans did they favor (You can still buy Arbuckle's coffee today)? How did they roll cigarettes? What does a "chaw" of tobacco taste like? What guns did they carry, and what does it feel like to shoot one?

I might have to dig a bit deeper in my memory banks to answer those questions today, but I knew the answers once, and I could give you a pretty good idea what they are. Some lessons are older than others. I've been writing for almost forty years, after all. Has it been worth it? You bet. The first time I received a fan letter from an elderly, bedridden woman thanking me for providing her only source of entertainment and helping her get through the day, I was hooked. I still am.

I write tales in my sleep. Ask my husband. He's survived some good saloon fights. You see, I tend to act out my dreams without waking up. I've been editing sentences for so long, I edit my own thoughts. I'm at the computer within half an hour after I get up and, for the most part, I stay there until time to fix dinner, seven days a week. I fall asleep trying to solve dilemmas in stories and creating characters. I love watching people, observing facial expressions and personality differences. Learning of funny little habits is like receiving a gift. Finding an opportunity to use any of those quirks in a book is a joy. 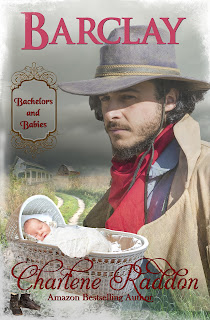 Don't get me wrong, all this is work, pure and simple. Some authors work harder than others, I'll admit that. But writing is labor intensive. It requires concentration, mental organization, a good memory and perseverance. Lots of perseverance. It's what separates those who succeed from those who fail.

Charlene is currently working on Barclay, Bachelors and Babies Series Book 4, due out September 1, 2019.
Try to envision an Old West bachelor, with no knowledge or experience at raising children, who suddenly finds himself with one or more babies on his hands. These stories take place at various locations in the Western U.S. at various times in the Nineteenth Century. Ranchers, farmers, soldiers, townsmen—all struggling to figure out how to feed a baby, how to create a makeshift diaper, how to make them stop crying. Will they reject their new and overwhelming responsibility? Will they try to pawn the child off on someone else? Or will they fall in love with these babies that have been thrust upon them? Read the series and find out.
Visit Charlene’s website and sign up for her newsletter. And check out herbook cover site.