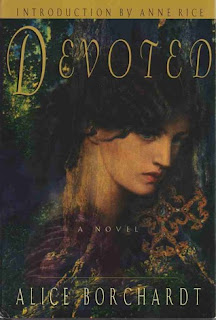 At the time when Vikings were a threat to all in France, Owen, the young Bishop of Chantalon, rises as a hero of the people. At his side is the brave Elin who he freed from the Vikings’ clutches. This is a fascinating historical that features authentic elements as well as genuine faith, mysticism, mystery and magic. The descriptions are vivid, the characters well developed and the story compelling.

Elin becomes Owen's lady and would defend him and his city though it will cost her much. Their budding love comes to a sudden end when Owen is captured, leaving the defense of the city to Elin and Godwin, a warrior who stands by her side.

Owen represents the growing Christianity even as the brutal Northmen rape and pillage, led by the villain Hakon. The Forest People who worship pagan gods are disappearing but they come to Owen’s aid when Elin summons them, for she was raised among them, a princess of her people.

I enjoyed this story as it has great depth and I wanted to know what happened to all the characters who come to Elin and Owen’s aid. The author has captured the different factions in France at the time and the emerging future while bringing us a winning love story.

The sequel is Beguiled.
Posted by Regan Walker at 8:16 AM