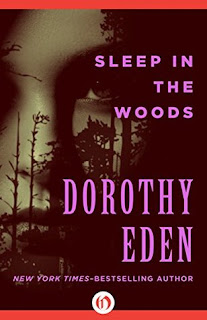 August is Exotic Locales month… when we sweep you away to places that are outside America, England and Scotland. I’m starting with a classic, one not to be missed.

Two authors I greatly admire, Heather Graham and Cordia Byers, recommended this book to me. I am so glad they did. Though it was first published in 1960, it is now on Kindle. A worthy story readers will enjoy today (with possibly one caveat you’ll see below).

Set in the late Victorian period, the story tells of Briar Johnson, who as a baby was found in a cold ditch by the side of the road clutched in the arms of what was presumably her dead mother. Briar was fortunate to be raised in the home of a schoolmaster who found her intelligent and taught her to speak well and read the classics. When he dies, she takes a position as a maid and sails away to New Zealand with two young ladies sent by their family to find proper husbands.

Beautiful Briar (named after the briar rose) determines she will one day have the finer things in life, the life she believes she was meant for. So, when the opportunity comes, she attends a ball that would be forbidden to her and dons a mask for a masked game that has the men picking prospective brides. Alas, she did not get the man she wanted. Instead, she got the hard Saul Whitmore, cousin to an earl and wealthy in his own right with a sheep ranch and the finest house in the area deep in the wild country.

Saul, at his mother’s urging, intends to take a wife, but most of the women he meets are insipid creatures who can only talk of gowns and parties. In Briar, he sees a woman who has a fire in her green eyes that intrigues him. So he determines to have her. With few options and urged on by all, Briar accepts his proposal of marriage even though she hates the hard man who mocks her at every turn.
The title, “Sleep in the Woods” was used twice in the book, once as a euphemism for death, the death that was all around the pioneers living in Taranaki in the shadow of Mt. Egmont on the North Island of New Zealand. When they were under siege by a renegade band of Maoris, the Reverend prayed: “Grant us to live, and not to sleep in these woods, unless that be Thy will. If we must die, let us do so bravely…” But then later, Briar remembers a passage from Ezekiel 34: “…they shall dwell safely in the wilderness, and sleep in the woods,” which gives a more favorable aspect to the title and comports with the excellent and very happy ending.
Suspenseful action is infused throughout this well-researched story. Wonderful characters populate every page. Beautiful descriptions of both flora and fauna are tucked in without you really being aware. And the hero and heroine are striking. Saul, a man whose strength enabled him to carve out a destiny in New Zealand’s wild country, was a worthy hero, though often harsh. Briar, grasping at the security Saul’s wealth provided, had a tender heart for all. She was the mistress of his house and the courage of the people as they faced hardship and death. I could not help but love her.

The only thing this story lacked—and might have been better for it—were love scenes. So much emotion was left in the dark. What Saul and Briar shared in their intimate moments might have told us their real feelings for each other when their words did not. An entire wedding night was summed up with one word, “Afterward.” There is even a bodice-ripping scene rather late in the book but, without the follow through, it was a bit obscure. But one must make allowances for its year of publication—1960.

A great classic and a worthy read—and set in an exotic locale!
Posted by Regan Walker at 1:00 AM