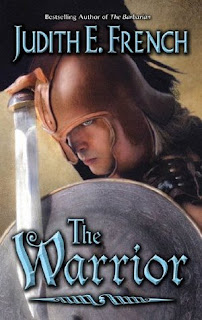 Set in Ireland, Egypt and the Two Kingdoms (Bactria and Sogdiana in Central Asia) circa 298 BC, twenty-five years after the death of Alexander the Great, this is the story of his son, also named Alexander.

Alexander was raised in Bactria by his stepfather, a warrior and a family man. When Alexander comes of age and is ready to become king of the Two Kingdoms, he decides to take as his wife Mereret, the daughter of Queen Artakama and King Ptolemy in Egypt, his uncle, this despite his mother’s misgivings that he will come to harm. Indeed he does. Potolemy, urged on by his scheming wife and daughter, plans to kill Alexander.

But a comely slave girl, Kiara of the Misty Isles, rescues him from a pyramid crypt where he is left to die. For her effort, she wants Alexander to return her to her own land, Eire, where she was taken into captivity as a young girl.

French delivers an action-packed tale with treachery, mystery and intrigue, though the romance between Alexander and Kiara comes late in the book, and suddenly. The historical setting is fascinating. While (according to historical record0, Alexander the Great’s son was murdered by his grandmother’s minions after Roxanne and their child were locked in a cave in Greece or Macedonia, the Shahs of Iran claimed direct descent from Alexander the Great through Roxanne’s son Alexander. Thus, French had a basis for rescuing Roxanne and Alexander. (In THE CONQUEROR, Roxanne switches infants at Alexander’s birth and sends her son home to Bactria.)

While you can read this as a stand alone, I recommend reading the trilogy in order:

The Conqueror
The Barbarian
The Warrior
Posted by Regan Walker at 9:09 AM