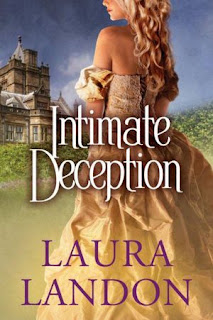 Set in England in 1853, this is the story of Lady Grace Warren is the oldest of 7 daughters. Grace promised her mother when she died that she would see all of her younger sisters wed to men they loved. All are now married save her younger sister. To make sure their father does not give Anne to the pervert, Lord Fentington, Grace offers to marry him herself. But she is only buying time. Lord Fentington would never marry her if she was no longer a virgin and Grace sets out to make sure she is not with a visit to her best friend who runs an exclusive brothel.

After losing two wives in childbirth, Vincent Germaine, Duke of Raeburn vows he will never marry again. Now he only finds his pleasure with London’s courtesans. He never knew the bewitching young woman whose virtue he claimed is the daughter of an earl. Worried he may have planted a babe in yet another poor woman, he decides to find her. And he does.

A well-told tale with a noble hero and a very capable heroine. It’s a story of family love and treachery and second, even third chances. I recommend it!
Posted by Regan Walker at 6:21 AM