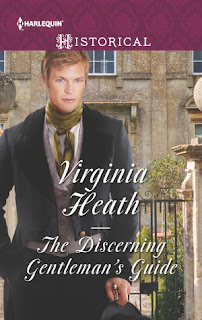 Bennett Montague, Duke of Aveley, is seeking the perfect bride. He’s even written a guide with his father’s advice as to how to select one. He's narrowed his search to five women called “the Potentials”, all demure and blonde. But then he meets Amelia Mansfield, his aunt's companion, who is the daughter of a viscount who annulled his marriage to Amelia’s mother because she could not bear him a son. Bennett does not know Amelia is of the nobility but thinks her a mere commoner. Hence, when he finds himself attracted to her, he dismisses the possibility of her being one of “the Potentials”.

Amelia survived her father’s rejection and her mother’s death to become an outspoken bluestocking concerned with the plight of the poor. She is amused and angered by Aveley’s method of selecting a wife. She sees the duke as arrogant and harsh but the man beneath the veneer as very attractive.

The story of Bennett’s search for a bride was cleverly told through the clips from his book, which was his father’s advice that he comes to see as rigid and not at all like the man the duke wants to be. Both he and Amelia are committed to reform and once they realize how alike they are, well, it’s got to be love! A clever Regency.
Posted by Regan Walker at 1:00 AM