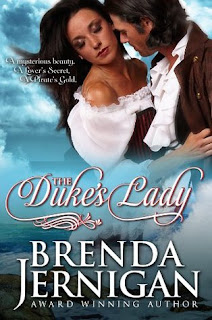 Set in 1813, this is the story of Adam Trent, Duke of Cornwall, who acts as a spy for America, gathering information to use against England’s navy. One day he finds a half-drown waif on his beach in Cornwall. Soon “Jewel” becomes an obsession. She has amnesia but, even when she recovers her memory, she does not tell him for fear he will not like the fact she is the niece of the pirate brothers Lafitte. Meanwhile, an English captain, who once had Jewel whipped, appears to claim he is her uncle. But Jewel knows he speaks lies.

Jewel is an innocent but with ship, fencing and knife-throwing skills that suggest she was raised on a ship among pirates (which she was). Adam rescued her from the beach, only top become a bit of a cad when he takes Jewel’s virginity yet offers no marriage (he eventually does after one of his friends tells Adam he loves her).

This a well-written story, albeit with some notable historical anomalies for the Regency era: use of first names (even the duke); glass portholes in a “clipper ship”; brides wearing white (that’s Victorian); a girl marrying without a guardian’s consent before the age of consent (21), a ship’s captain (and first mate), who are not ordained, conducting marriages while at sea (they can’t); and paper envelopes (developed in 1837).

If you don’t mind the anomalies, there is a lot to commend this tale that will bring you into the time of the War of 1812 and the role of the Lafitte brothers. Action, adventure, mystery and sinister players abound. From Cornwall to New Orleans, you will travel with the duke and his lady.
“Regan Walker is an excellent reviewer. Doesn't pull any punches but praises good work. I trust her.”
SHIRLEE BUSBEE, NY Times Bestselling author