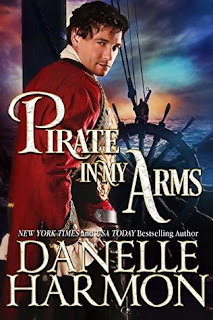 Set in Massachusetts in 1715-16, this is the story of Maria Hallett, a 15-year-old innocent who—through a mistaken assumption—is deflowered by Captain Samuel Bellamy, an adventurer who sails into Maria’s puritanical town looking for financial backers for a treasure-hunting scheme.

After ruining Maria, Sam thinks to marry her by her aunt, unaware of what happened, won’t have it. Sam sails away to seek a fortune with the thought the money might convince her aunt to let them marry. When he returns a year later, he is changed. He has become the notorious pirate “Black Sam”.

Based on the true story of the pirate ship Whydah and an old Cape Cod legend about two ill-fated lovers, this was Harmon’s debut novel, first published in 1992, now updated and re-edited.

The story is well written and the dialog lively. There is action aplenty, including swordfights and a violent storm aboard Sam’s ship. Maria is an admirable heroine, handling the adversity life has thrown her with courage, but she wants nothing to do with piracy and harps on Sam about it continuously even though she had wanted to marry him. Sam never gives up, taking command of his life as well as his crew. Shifting points of view and the narrator’s additions make it an unusual read.

If you like a pirate romance with real pirates, including Blackbeard, you’ll find it in this story. An unlikely couple come together through very difficult circumstances!
“Regan Walker is an excellent reviewer. Doesn't pull any punches but praises good work. I trust her.”
SHIRLEE BUSBEE, NY Times Bestselling author