Hares and Rabbits in Medieval England by Regan Walker 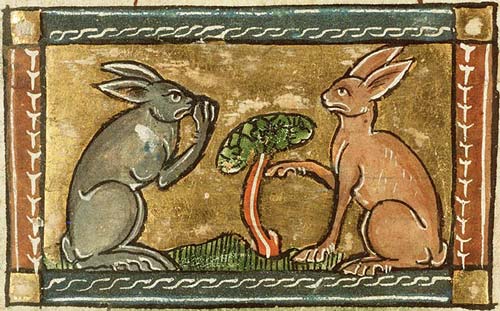 Hares and rabbits existed together in medieval England, however, the rabbit was a rare beast and much sought after for both its meat and its fur. And, unlike the hare, the rabbit is not believed to be native to Britain, but was deliberately introduced. (There are no written records of them in Britain before Norman times, the 11th century.)

I have several novels in which the characters hunt for hares. Rogue Knight and Summer Warrior (my most recent novel), are two of them. Rogue Knight is set in Yorkshire in 1069-70 when William the Conqueror came north to claim Northumbria. He engaged in a terrifying campaign we know today as the “Harrying of the North”, causing the deaths of as many as 100,000 people. Summer Warrior is set in the Scottish Highlands and Isles and in England in the 12th century. 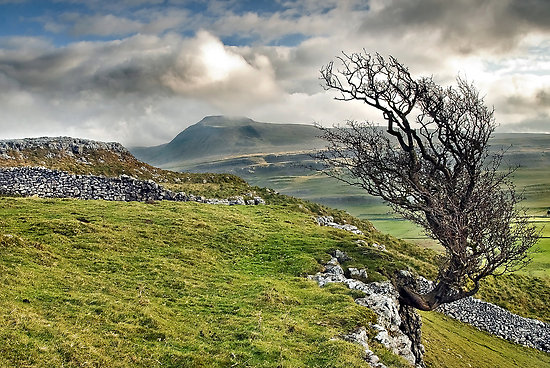 I like to think that some people, chased from their homes by William’s army and deprived of the ability to grow food, might have survived on the brown hare, native to Yorkshire. Certainly my heroine and her family, hiding out from the Normans, dined on hare while living in the woods.

And when David, King of Scots, called upon Somerled to bring his Islesmen to the Battle of the Standard, the warriors hunted for hares as well as deer.

The brown hare is generally larger than a rabbit. They have long, black-tipped ears and a tall and leggy appearance. They are timid and fast runners. They prefer grassland fields and some woodland in their habitat. In the Peak District of England, you will find the smaller mountain hare. 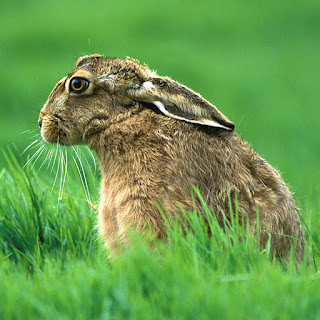 Unlike young rabbits, that are born blind and furless, totally dependent upon their mother, young brown hares, called leverets, are born fully formed and active, weaned in a month. Their average life expectancy is three years. Rabbits raised in captivity might live longer.

Despite persistent rumors that the Romans brought rabbits to England and then left warrens that quickly established a wild population, there is no evidence (either archaeological or documentary) to support this. There is no Anglo-Saxon word for rabbit and the earliest documentary evidence is from the late 12th century. This is also borne out by the evidence from sites such as Southampton where despite through investigation not a single Early Medieval rabbit bone has been found. While they may have been present on the continent, there is no reason to believe that any wild populations of rabbits existed in Britain prior to the Norman conquest.

In the Middle Ages, rabbit-warrens were almost the sole source of supply for rabbits and that is one reason they were so valuable and closely guarded. 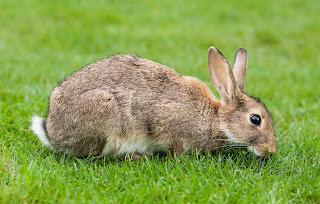 Throughout the medieval era, beginning after the Norman Conquest, the right to hunt and kill any beast or game was a privilege granted by the king. The Anglo-Saxon Chronicle in a verse written shortly after the Conqueror’s death states, “He made great protection for the game and imposed laws for the same, that who so slew hart or hind should be made blind.”

And, as for the hares, “…did he decree that they should go free.” (Meaning they could not be hunted, for the Chronicle indicates, “Powerful men complained of it and poor man lamented it, but so fierce was he that he cared not for the rancor of them all…”)

In the Middle Ages, people were more free to hunt in Scotland than in England. Even in royal reserves the penalties for poaching were less severe. Hence, Scottish forests were never an issue. And, in the Highlands and Isles, there were no restrictions. The Lord of the Isles allowed the people to hunt and fish as needs required. Scottish medieval government as a whole was more relaxed than England’s.

Hunting in the royal forests was the privilege of the king alone. Outside of those areas, the king would sell hunting rights by means of a charter that allowed the killing of the “beasts of warren”—pheasant, partridge, hare and rabbit. Hence the right to keep and kill rabbits was the exclusive right of the owner of the “free-warren”. Grants of warren—the right to hunt hares—can be found from the reign of at least William II and perhaps William I.

Henry I, as reported in the Gesta Stephani, “claimed for himself sole hunting rights of wild beasts throughout England…” That doesn’t leave a poor man many options to feed his family, but perhaps a hare in a remote area found its way into a poor family’s stewpot. 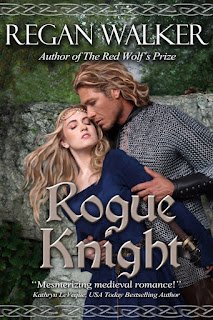 “Fast paced, action packed, thrill ride of emotions from angst to passion to healing and love. A true storyteller! Another hit!”