Scottish Deerhounds in the Medieval Era by Regan Walker 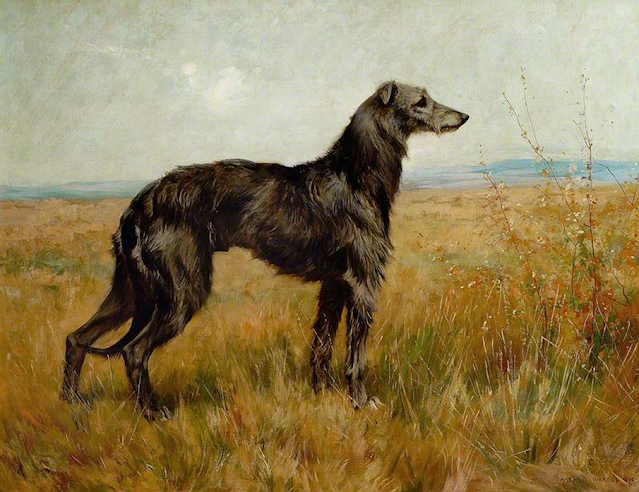 In Summer Warrior, book 1 in The Clan Donald Saga, David, King of Scots, invites Somerled to take part in a hunt in the woods near Irvine where the king is holding court. As the morning of the hunt arrives, Somerled observes,

The day presented all they could hope for in weather, the sky nearly cloudless and the leaves on the trees that had changed with autumn were ablaze with red, yellow and gold. The air, too, spoke of autumn, being dry and crisp.

While the king and his guests break their fast on the riverbank, as was the custom if the day was fair, the huntsmen went forth to seek out the mature stags with great antlers. Somerled and Ragnhild, the Princess of Man, have brought their bows and quivers of arrows, eagerly awaiting the hunt.