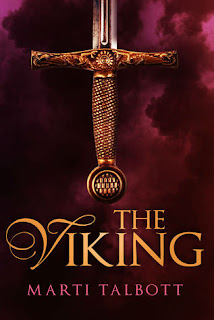 This is the first story is a series of Viking tales. This one involves a young lad who is half Scot and whose father wanted to return to Scotland’s shores. So, when Stefan is not yet 15, he sailed on a longship with his father to Scotland on his first Viking raid. In the ensuing battle, his father is killed and the men abandon Stefan when they realize they are outnumbered by the Scots.

Stefan is saved by Kannak, a girl of 13, who lives alone with her mother. They needed the help of a man since Kannak’s father deserted them. Kannak knows Stefan is a Viking but she is willing to hide him if he will help her and her mother.

Contriving a story for her clan that Stefan is from the north where they grow larger, he soon becomes a part of the family, helping the two women by tilling the fields and hunting and fishing. Stefan misses his father but is happy to have a family.

During the next few years, much happens in the clan of which Stefan is now a part. The tale takes some unexpected turns and we learn some secrets about Kannak and Stefan that even they did not know. Love begins to grow between them, too, but it is threatened when Stefan becomes the subject of the villainy of the jealous clan chief’s wife.

Talbott’s writing is very readable and her storytelling enjoyable. Soon you will become wrapped up in the lives of these people.