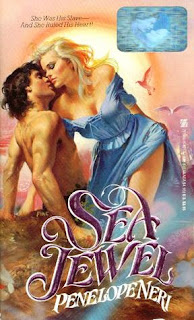 Set in the late 9th century in Jutland (Denmark) and England, this is the story of Freya, daughter of Thorfast, Lord of Danehof, a powerful jarl, and Alaric, son of the high chieftain Aeldred, descendant of the kings of Kent in Britain, whose father and brothers were brutally murdered by Thorfast in a Viking raid.

When her father rejects her because she is not the son he wanted, Freya vows to become a warrior who will lead her father’s men a-Viking. Her guardian, Sven, the skald who sees visions tells her that she will be taken in a raid by a great bear. And so she is. Alaric, called the Great Bear, now leads his people. He captures Freya and vows to make her his thrall (slave) and take his vengeance. Oh, yes, he does that. But in the process, Alaric discovers the Danish maiden he has taken has captured his heart. What is he to do when he is betrothed to another, one worthy of a Saxon thane?

Neri writes very well and weaves a complex story that kept me turning pages. This is a classic sage and covers several years in Freya’s life, first a jarl’s daughter and a warrior, then a slave who wins respect, then freed to wed a man she counted as friend and then to find her true home and her greatest love. There are wonderful secondary characters, richly drawn: Robin the skald, entertainer and spy; Sven who became like a father to Freya; and Ilse who Freya rescued, both to love the same man. And so many others.

Rich in historical detail based on much research into the era, Neri brings alive the 9th century and the villages of Denmark, Wessex and Danelaw in Britain. And it is so well done—simply superb storytelling.