The Real Story of St. Patrick (in Irish, Pádraig) 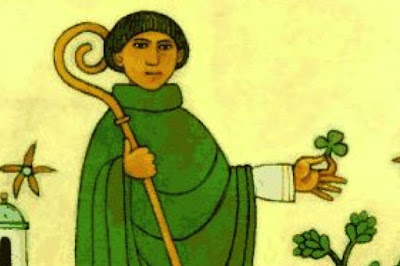 It might interest you to know that Patrick was neither Irish nor Catholic. He was born in the year 387 at Kilpatrick, near Dumbarton which is in Scotland. This was during the reign of Roman Emperor Theodocius I (r.379 to 395), who, after his own conversion, converted the entirety of Roman Britian to Christianity in 380.

Patrick’s parents were Calpurnius and Conchessa, a Roman couple who were Christians. His birth name was actually Maewyn Succat. It wasn't until he was in the Church that it was changed to Patricius, a Roman name which means “noble of the patrician class,” referring to the class that had ruled Rome since the early Republic. His father was a Decurion, or a cavalry officer, in command of Roman soldiers, who had been originally sent to the northern area of Britannia to keep order on the outskirts of a Roman Empire in decline. The Decurion’s troops would have had to deal with the Picts of Scotland and the Celts in Ireland, who had remained unconquered by the Romans.

When he was not yet 16, Patrick was captured by Irish pirates and taken as a slave to Ireland. He was sold to a chieftain in County Antrim where for six years he tended flocks, sleeping in the cold and often going hungry.

In his autobiography, Confessions, Patrick wrote, “…‘the Lord opened my senses to my unbelief,’ so that I might remember my many sins and, accordingly ‘I might turn to the Lord my God with all my heart.’” He also wrote about how his faith in God grew as he prayed to Him while shepherding the flocks.

One night in a dream, God told him a ship was ready to take him away. Now age 22, Patrick escaped on that ship and returned to his family, Patrick had a dream of children who had been kind to him in his escape. This and his memories of his time in Ireland caused him to want to return, this time as a missionary to tell the pagan Irish about the one true God.

But church leaders and Patrick’s parents opposed his plans to return to Ireland. They did not think the Druids were worth saving. His family shuddered at the thought of him returning to barbaric Ireland with the gospel, as the Druids were known to weave criminals and runaway slaves into giant wicker baskets and suspend them over a fire.

Patrick’s response was “…should I prove worthy, I am ready and willing to give up my own life, without hesitation, for His name.”

Upon his return, Patrick journeyed throughout Ireland, sharing Christ until his death on March 17, around the year 461 A.D. Patrick used a three-leafed shamrock to explain the Trinity to pagan Irish, forever linking the shamrock with him. He would tie shamrocks to his robes, which is why we wear green today.

By the seventh century, he had come to be revered as the patron saint of Ireland. St. Patrick’s Day is celebrated inside and outside Ireland as a holiday. (If you’re a Protestant, you’ll be wearing orange, not green.)

To me, his life is a testament to the good that can come when one listens to God and responds to His call, being willing to endure persecution, which Patrick did, to bring the good news to a lost people. He forgave his slave masters and those who mistreated him and won many to Christ. 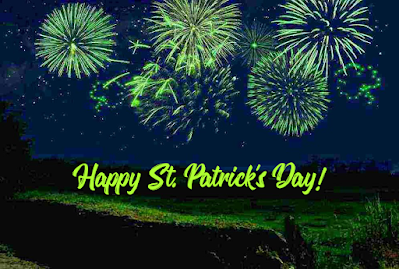