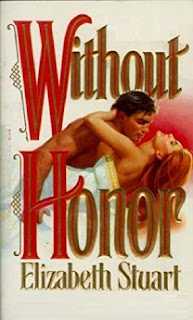 Elizabeth Stuart is one of my very favorite authors. All of her novels are on my keeper shelf. Classics all.

So many “historical” romances have very little history. Not this one. I love how Stuart seamlessly weaves in rich historical events throughout the novel. She brings Scotland of the early 16th century alive as she uses both real people and fictional characters to tell a complex, intriguing story.

The story is set in Scotland at the time when Archibald Douglas, the Earl of Angus, was just divorced from the dowager queen Margaret Tudor, elder sister of Henry VIII of England. Angus effectively ruled Scotland, being the regent for young King James. Angus was arrogant and claimed too much power for himself, drawing the ire of many, including the young king.

Against this tumultuous time, Jonet Maxwell, heiress to the clan Maxwell (the enemy of clan Douglas) fled her home, seeking to join with her beloved uncle, Robert, Lord Mure. Unwittingly, Alexander Hepburn, Baron of Durnam, and the enemy of Jonet’s uncle, intercepts her flight. Once he realizes who she is, he uses her to get to her uncle. She is young and naïve and Alexander is a jaded rake, who has sold his talents to France, England and Scotland. He lives for revenge of his father’s death, a death he blames on Mure, Jonet’s uncle.

The hero was a cad for most of the book so at times it was hard to like him. He was constantly hurting Jonet. Oh, he warned her he would (don’t they always?) but still he persisted. And because Jonet was naïve and weak (when it came to him), it sometimes made her come across as spineless. When she went willingly into his arms after he betrayed her, it made me want to slap her. And that was BEFORE he spent the night in the arms of his long time paramour. He would have happily taken Jonet’s innocence if she hadn’t stopped him—all in the same day!

I suppose the book was named for him. But don’t get me wrong, he comes out smelling like a rose in the end and those with truly no honor are identified.

A compelling Historical tale and a most worthy love story. Another for the keeper shelf it is so well written. I highly recommend it.