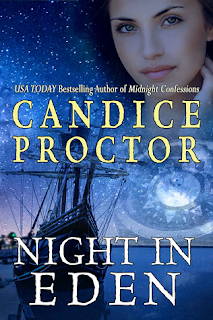 This is the story of Bryony Wentworth, who was transported to New South Wales in 1808 as punishment for the accidental death of her cheating husband. And in telling us her story, Proctor has told the story of so many other women prisoners, some of whom for minor crimes were torn from their homes in England and sent on prison ships to become the slaves and involuntary whores for hard men in Australia.

Byrony was torn from her 3-year-old daughter when she is sent there and spared rape only because she was pregnant with her second child, a boy who dies soon after his birth. While still mourning his death, she is forced to become the servant of Captain Hayden St. John, a war hero whose aristocratic wife has died leaving him a baby son who must be nursed. So, Byrony becomes his wet nurse. She also expects to be raped, and though St. John certainly wants her in his bed, even asks her to be his convict mistress, he is a better master than most and will not take her unwilling. So she sticks to her “pride and principles,” all she has left—and though she longs for him, too, she tells him no—at least initially.

Proctor vividly brings to the forefront life in Australia in the early 19th century away from Sydney Town. It’s a new view of the Regency period. She shows how badly those women fared who were brought to the colony there as prisoners. How they were looked down upon by crude “free” men even after serving their time and became free themselves. Proctor has done an amazing job—simply superb writing.

There is great suspense as we encounter the Aborigines, great sadness as the frontier “swallows up” children who wander away, and great passion between a man and a woman who, under other circumstances, might have courted and married in the normal way.

Proctor says, "I like to write about strong women, women who sometimes aren't even aware of their own strength but discover it when tested by life. And I make certain my heroines end up with the kind of men they deserve-- honorable men, men who can be both gentle and strong, who never lose their sense of humor and don't feel threatened by a strong woman." Such are Bryony and Hayden.

I loved this story and highly recommend it.