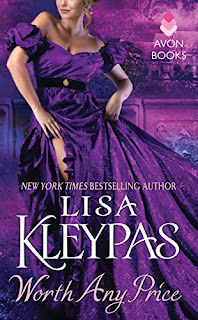 Book 3 of the Bow Street Runners trilogy begins in 1839 and tells the story of Nick Gentry, the handsome rogue from book 2 who turned out to be John, Lord Stanley, Lady Sophia’s brother who did not die on the prison ship as she had thought. To save him from the hangman’s noose, Sophia persuaded Sir Ross, head of the runners, to let her brother have another chance. Now, three years later, he is a runner and doing quite well, still as Nick Gentry.

In book 2, Nick was portrayed as a handsome, dangerous hero of the streets. In this story he seemed different, less dangerous (unfortunately) and very vulnerable to one young woman. One might have titled this book the taming of Nick Gentry for that is pretty much what it is.

Nick wants nothing to do with his title that Sir Ross seems intent on having him claim. The runners will soon be disbanded and Sir Ross tells Nick he must take his place in the House of Lords and assume his real identity. Early in the story, Nick takes a wife, one Miss Charlotte Howard, who he was hired to find and return to her betrothed, an old and controlling peer. Having no scruples and knowing Charlotte is on the run from her betrothed, Nick offers her his protection in the form of marriage. She accepts.

Mostly this is about the relationship (both emotional and physical) between Nick and Lottie but there is this villain lurking somewhere in the background. Like the others in the trilogy, it reflects Kleypas’ research into the Bow Street runners and that is interesting. In this book, they are fading out as the “New Police” are coming in.

Lottie is an innocent and Nick is a madam-trained (as in bordello madam) man of sexual sophistication so you know where the love scenes are going. And like the other two books, there are many (some might say too many). Still an entertaining read.