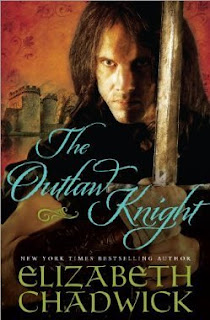 Set in medieval England, beginning in 1184, this is the story of Fulke FitzWarin, the oldest son of the FitzWarin Marcher Lords. At age 15, he becomes a squire of Ranulf de Glanville, the Justicar. Fulke’s family is hoping through influence with King Henry and his court to regain Whittingdon Castle in Shropshire, their inheritance lost in the Welsh wars to Roger de Powys.

While acting the squire, Fulke runs afoul of young Prince John’s cruel temper during a game of chess and the two young men become life long enemies. Fulke is removed from court to become a squire to Theobald Walter, a powerful baron. Years later, Fulke becomes a knight just as a young, 12 year old Maude le Vavasour is betrothed to Theobald, who is three times her age. When Fulke and Maud meet again, she is 16 and being wed to Theobald. Fulke and Maude become enamored with each other, though they avoid each other and remain true to their commitments. In the background lurks Prince John who lusts for the beautiful young woman.

Much happens over the years as we follow the lives of Fulke and Maude. (Fulk III—no “e”—was a real historic figure, who married Maud le Vavasour—again with no “e”—and rebelled against King John from 1201-1203, living in the woods as an outlaw ala Robin Hood. Lest you worry about him (as I did), Fulk III lived into his 90’s, which given his life and the times, was a miracle.)

Chadwick brings the history to life with a richness that makes you feel like you’re living it. It’s a well-told tale with extensive historical detail and vivid pictures of the social and political happenings of the times. Chadwick’s medieval vocabulary, dialog and descriptions reflect considerable research, as do all her novels.

Both Fulke and Maude are compelling characters as well as real historic figures; you want to see them together. He is an honorable man much like the Robin Hood we imagine, and she is an intelligent, spirited young woman just like Maid Marian. It’s a love story that will keep you turning pages. I thought the way Chadwick dealt with the historical figure Clarice de Auberville was brilliant—and believable.

Note: This was first published in the UK as Lords of The White Castle, and follows the FitzWarin family saga begun in Shadows And Strongholds, but it can be read alone.