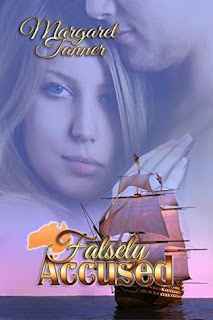 Set in the 1820s in Australia when England transported prisoners to Sydney Town for crimes as meager as poaching, this is a realistic telling of the perils of one female prisoner. What she experienced in this page turner will be enough to make you shudder.

Maryanne Watson was the daughter of a twisted parson who raped and killed her sister. (That’s how the book opens.) When Maryanne attacked her father, her stepmother came to his rescue with a large knife. In the struggle, Maryanne was the one falsely accused of trying to kill her stepmother. For that, she was transported to Australia to serve 7 years.

On board the ship, Maryanne makes a friend of Libby, a warmhearted prostitute, who helps her to survive. Soon, the men on the ship choose which women will share their beds (the women have no choice); the officers are the first to choose. Libby tells Maryanne to be nice to a certain officer because he only likes boys. Maryanne takes the hint and ends up with the officer who doesn’t touch her. But there is a prisoner who does, the American Jake Smith.

Jake is a guy who takes what he wants. He decides to have Maryanne and because she has fallen in love with him, she gives him her innocence. But Jake is a troublemaker and ends up in solitary confinement, destined for a chain gang.

Once in Sydney, Maryanne endures one man after another. You couldn’t help but sympathize with her as she tries to do what is right but cannot avoid the lust of both the gentry and her fellow prisoners.

Halfway through the story, Jake shows up again with a new identity… his own.

I enjoyed this book and it kept me turning pages though I did shudder at all Maryanne experienced. And we are missing much of Jake’s perspective. Still, if you want a realistic look at the fate of those transported to Australia, this might be the one for you!

Note: Tanner has a sequel to this story: Dangerous Birthright, the story of Maryanne’s daughter.