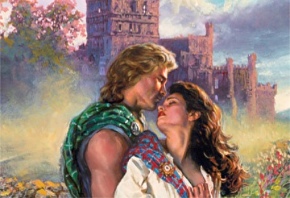 Geddes MacGregor once wrote, “No one in Scotland can escape from the past. It is everywhere, haunting like a ghost.” Scotland’s past is the subject of this list, romance novels set in Scotland, most in that magical part of Scotland called the Highlands. Some have a Scot as hero or heroine. The best are set deep in Scotland’s history. All are rated 4 or 5 stars. Enjoy!

·               Come The Morning, Conquer the Night, Seize the Dawn, Knight Triumphant, The Lion in Glory, When We Touch and The Queen’s Lady (the Graham series) by Heather Graham Pozzessere

·               The Passionate One, The Reckless One and The Ravishing One (the McClairen’s Isle trilogy) by Connie Brockway

I hope you will consider my own novels set in Scotland’s past:

·      The Refuge, an Inspirational Novel of Scotland, winner of the Illumination Awards' Gold Medal

·      A Secret Scottish Christmas, book 5 in the Agents of the Crown series